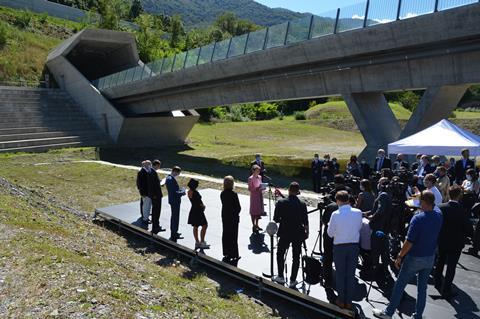 SWITZERLAND: The 15·4 km Ceneri Base Tunnel between Bellinzona and Lugano was formally inaugurated on September 4, with President of the Swiss Confederation Simonetta Sommaruga cutting a ribbon before the inaugural freight train ran south. This was followed by special passenger trains carrying guests in each direction.

The celebrations were scaled back because of the coronavirus pandemic. Revenue services are scheduled to begin with the December timetable change.

New Railway Link through the Alps

The Ceneri Base Tunnel formally completes the SFr23bn New Rail Link Through the Alps (NEAT in German, NLFA in French and NFTA in Italian) programme to switch traffic from road to rail by providing low-gradient north–south transit routes across Switzerland. This included the 35 km Lötschberg Base Tunnel when opened in 2007 and the 57 km Gotthard Base Tunnel which followed in 2016. 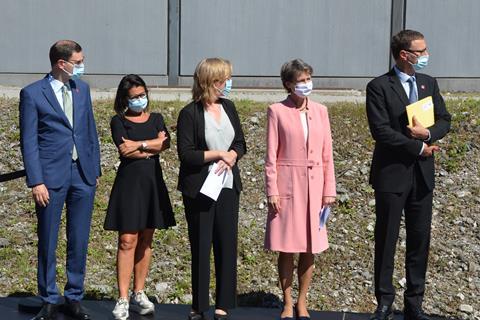 The programme was approved by the Swiss parliament on December 16 1992 and backed by a referendum on November 29 1998.

‘NEAT provided the impetus for an intelligent policy to transfer freight traffic from road to rail that we can still be proud of today’, said Sommaruga. ‘It was a brave and farsighted decision both for our country and for protecting the Alps. The Ceneri provides fresh impetus to our traffic transfer policy.’ 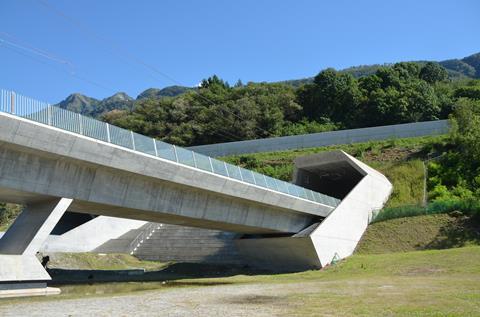 Initial works began in 2006. Main construction was undertaken by a consortium of Società Italiana per Condotte d’Acqua, Cossi SpA and Cossi SA, with excavation beginning in 2016. 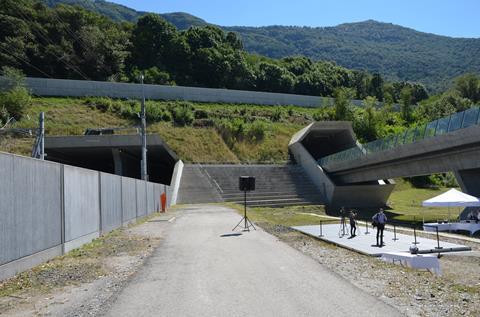 The new tunnel and upgrading of the Zug – Arth-Goldau line will cut the Zürich – Lugano journey time by round 20 min, reducing the journey time from Zürich to Milano to 3 h 17 min. 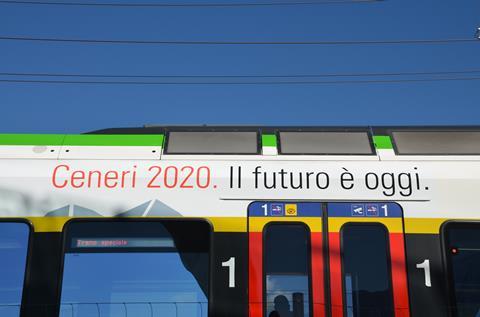 The Camorino viaduct at the northern end of the tunnel provides a direct connection to the Giubiasco – Locarno line, cutting the travel time between Lugano and Locarno from 51 to 30 min.

If international connections can be optimised, SBB expects the NEAT north-south corridor to cut freight transit times by 2 h from December. 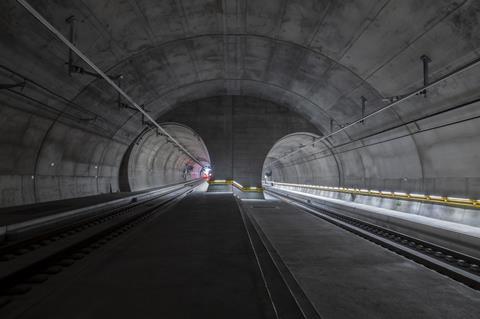 The day before the handover ceremony, representatives from Switzerland, Austria, Belgium, France, Germany, Italy, Liechtenstein, Luxembourg the Netherlands and the EU agreed to further promote rail transport, issuing a joint declaration saying that rail was environmentally friendly and European networks should be further harmonised and strengthened

Italy and Switzerland also signed an agreement to provide 4 m clearances on the Simplon – Novara route by 2028, with Switzerland to contribute SFr148m and Italy to cover the remainder of the cost.