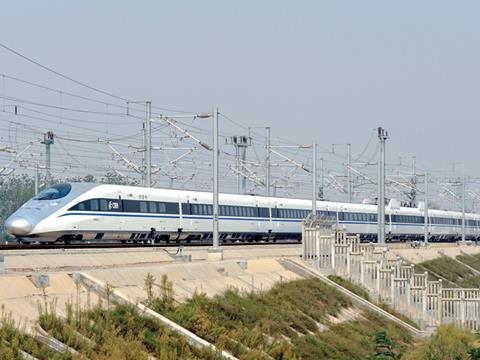 CHINA: The government’s National Development & Reform Commission released the medium and long-term plan for China's railways on July 20, covering the period 2016-25 with an outlook to 2030.

NDRC says the rail network should be expanded to serve all cities with a population of more than 2 million, while all those above 5 million would be on the PDL network. The aim is to offer journey times of 1 h to 4 h between the principal conurbations, while trips across major urban areas should be possible in 2 h or less. NDRC also expects all principal ports and bulk commodity production areas to be served by rail.

The plan builds on the previous strategy of developing ‘four horizontal and four vertical’ axes by expanding these to eight in each direction. Most of the initial corridors are now nearing completion, and on some sections additional capacity is already required.

The eight east–west ‘horizontal’ axes are:

In addition, NDRC has set out plans for construction of a network of new inter-regional corridors to cater for rising demand for short- and medium-distance trips. There is also a focus on using railway development as a tool for regeneration in the poorest regions, with around 12 new lines to be built for this purpose. Emphasising the role of intermodality in both the freight and passenger markets, it envisages a number of new passenger hubs and logistics centres.

The plan calls for expansion of the conventional network by around 20 000 km by 2025, with a focus on linking the Beijing/Tianjin region with the northeast, the Yangtse and Pearl river deltas and the northwest and southwest. Other enhancements would focus on improving links across the country over very long distances.

Finally, NDRC has reiterated the government’s commitment to enhancing international rail links through its ‘One Belt, One Road’ initiative. This confirms Chinese investment on various corridors through Central Asia and on enhancing rail links to Vietnam and other southeast Asian countries. Also envisaged is a rail tunnel linking the Chinese mainland to Taiwan.