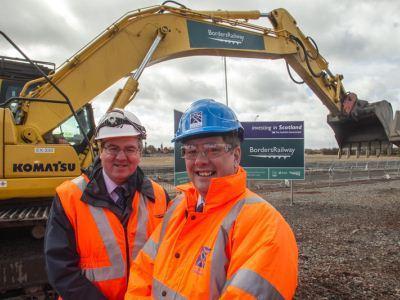 ‘The start of the construction works is a hugely exciting milestone and will allow those communities to witness the scheme coming to life,’ said Scottish Transport Minister Keith Brown. ‘I very much look forward to seeing the Borders Railway take shape from here with all the social, economic and environmental benefits that will bring for the area.’

The £294m project includes the reinstatement of 48 km of railway and seven new stations between Edinburgh and Tweedbank. The line is scheduled to open in 2015.