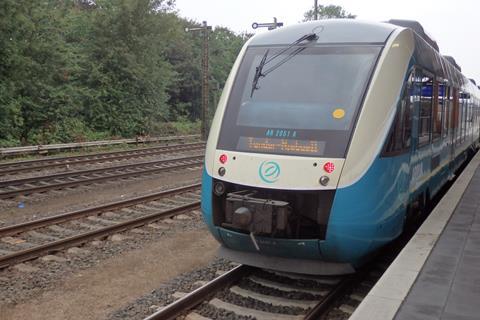 GERMANY: The Land of Schleswig-Holstein is to provide a €9·3m grant for a €10·9m project to raise speeds and install ETCS on Norddeutsche Eisenbahngesellschaft Niebüll’s 13 km line from Niebüll to the Danish border.

The first phase of the works would see the line speed increased from 80 to 120 km/h by 2021. ETCS would then be installed in the second phase, ensuring the continued ability to operate through passenger services to Niebüll from Tønder and Esbjerg as Denmark rolls out ERTMS.

A wholly-owned subsidiary of Luxembourg’s national railway CFL, NEB manages the infrastructure on local lines in the far north of Germany and carries more than 420 000 passengers/year.