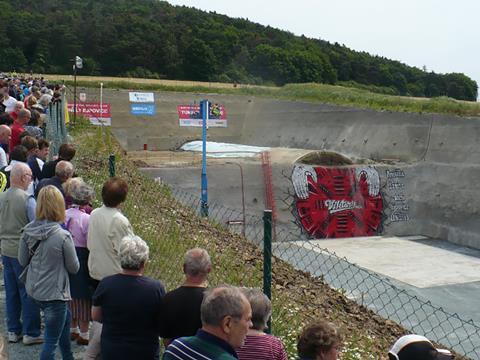 CZECH REPUBLIC: The breakthrough of the Czech Republic's longest railway tunnel was celebrated on June 11, when the 115 m long Herrenknecht Type S-799 tunnel boring machine Viktorie broke through the southern bore of the 4·15 km twin-bore tunnel under the Chlum and Homolka hills east of Plzeň after 16 months of work.

Boring had officially started on February 3 2015 after a delay of over a year owing to archaeological surveys. Work on the northern bore will start this autumn.

The tunnel is the main feature of a new 14·1 km alignment between Ejpovice and Plzeň-Doubravka. This will be suitable for speeds of up to 200 km/h and will cut 6 km from the sinuous route via Chrást, reducing journey times by 9 min.

The project forms part of the modernisation of the Plzeň – Rokycany section of infrastructure manager SŽDC´s Corridor 3 Praha – Plzeň – Cheb which will reduce the Praha – Plzeň journey time by a half to under 1 h. The KC3·9bn project is being carried out by a consortium of Metrostav and Subterra and is co-funded from the EU Cohesion Fund, with completion planned for mid-2018.