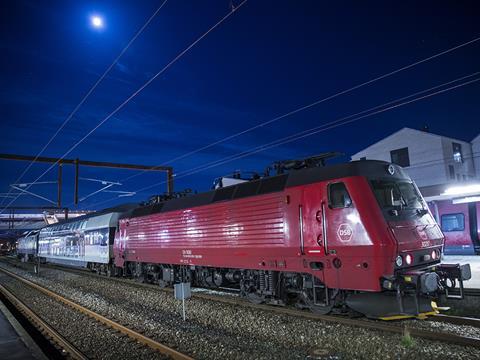 Work to upgrade and electrify the route to permit 160 km/h operation began in 2015, and has included track renewals, resignalling, vegetation removal and rebuilding bridges to increase clearances. The final stage to be completed before the start of services will be electrification of the tracks at Naestved station.

The route is the third to be wired under the national electrification programme which has been launched with the aim of reducing operating costs, increasing reliability and providing more environmentally-friendly operations. Improved acceleration and higher running speeds are expected to reduce journey times.

The first routes to be electrified under the programme were the 57 km Esbjerg – Lunderskov line and the 60 km fast line under construction between København and Ringsted via Køge Nord. The next routes are scheduled to be Ringsted – Rødby (for the Fehmarn Belt tunnel) and Roskilde – Kalundborg.