DB to spend €10·7bn on infrastructure this year 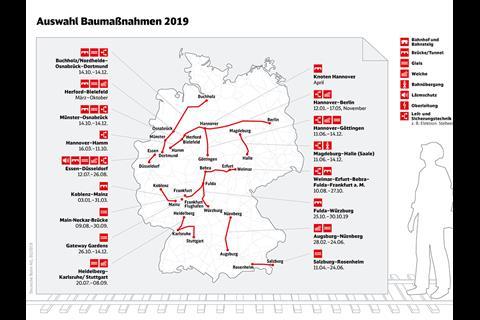 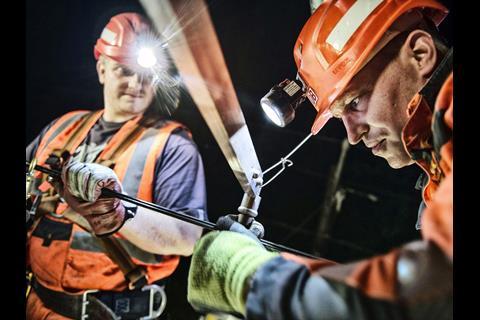 GERMANY: Plans to spend €10·7bn on infrastructure and station works during 2019 were announced by Deutsche Bahn on February 20.

This includes 50 separate projects covering the modernisation of 1 500 km of track, 1 500 turnouts, more than 300 bridges and around 650 stations.

Management board member for Infrastructure Ronald Pofalla said DB was ‘on the right path’, and ongoing investments in the rail network was having a positive effect. A total of 16 000 route-km has been modernised since 2010, amounting to almost half of the 33 400 km network.

Pofalla said DB had improved the way it manages major works, with a 27% reduction in delays associated with engineering works despite a 20% increase in construction activities. There was also an increased focus on its customers, with more work being undertaken overnight, the bundling of works on routes to minimise disruption and greater co-ordination across the network to mitigate congestion.

Pofalla said the increased use of digital technology was expected to increase capacity by up to 20% nationally.