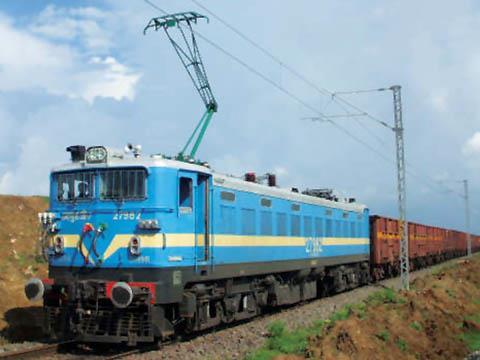 INDIA: Dedicated Freight Corridor Corp of India Ltd has awarded the first major contract for construction of the Eastern DFC, an electrified high-capacity freight route suitable for speeds of 100 km/h and 32·5 tonne axleloads which is being developed to ease congestion on the Delhi - Kolkata axis.

A joint venture of Tata Projects India and Spanish partner Aldesa is to design and build the initial 343 km double-track Kanpur - Khurja section of the DFC under the Rs33bn contract announced on January 28. Completion of this section is planned within four years.

There were 11 bids for the contract, which was awarded through a three-stage process. In the first stage bidders were able to suggest suitable technologies. These proposals were then evaluated against performance requirements during the second stage, before financial bids were invited as the third stage.

The World Bank is funding development of the Eastern DFC, which will run for 1 839 km from Ludhiana to Dankuni.

DFCCIL expects to award contracts later year for the first phase of the 1 499 km Western DFC from Dadri to Jawaharlal Nehru Port near Mumbai, which is being funded by the Japan International Cooperation Agency.