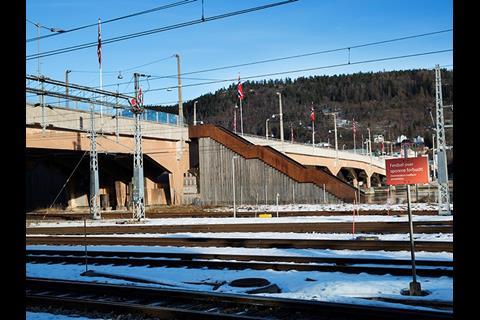 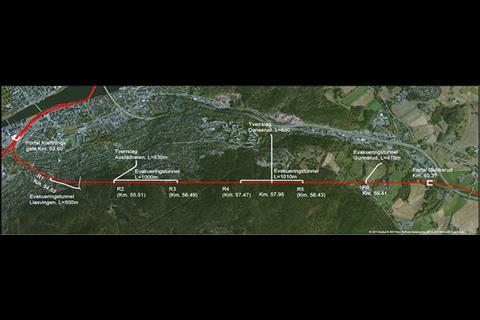 NORWAY: Infrastructure manager Bane NOR has started prequalification for the next phase of its long-running Vestfold Line upgrading to double-track the inter-city route between Oslo and Larvik.

Due to be completed around 2025, the Drammen – Kobbervikdalen upgrading project envisages the construction of a deviation suitable for 200 km/h operation to replace the existing single-track alignment. Curving away from the junction at Drammen and heading southeast to rejoin the current line at Gulliksrud, much of the deviation will run in tunnel.

The project also includes the doubling of a short section of the Bergen Line westwards from the junction as far as the next station at Gulskogen, bringing the total length of double-tracking to around 10 km. Doubling of the Bergen Line is eventually expected to reach Hokksund and Kongsberg.

The Kobbervikdalen project has been split into three main contracts: one for the main 6 km rock-bored tunnel with two access adits and two evacuation shafts, a second for a cut-and-cover approach tunnel at the northern end and a third for the Drammen – Gulskogen doubling and all of the technical railway systems. According to procurement manager Eirik Harding Hansen, Bane NOR has selected a Competitive Dialogue procurement procedure to facilitate early contractor engagement. ‘By involving the market we can discuss how we should solve our challenges and ensure innovation’, he explained.

First to be tendered is the approach tunnel, for which a contract is due to be signed in June 2019. Construction would start the following August for completion by March 2023. Prequalification for the rock tunnel EPC contract is expected to begin in September, followed by the railway works and implementation contract in May 2019.