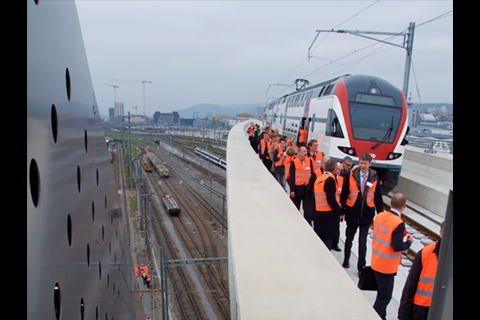 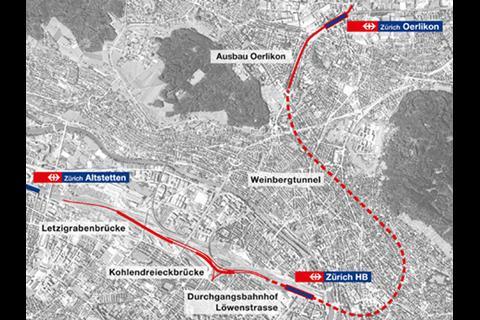 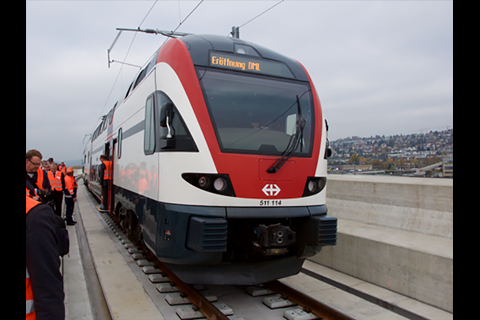 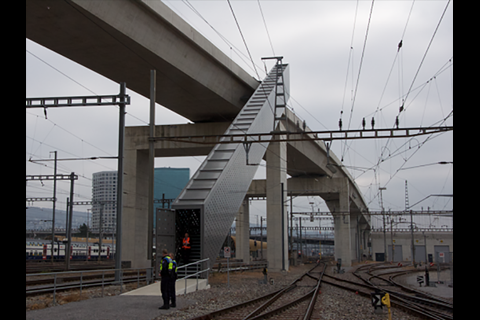 SWITZERLAND: The eight-year Durchmesserlinie project to increase capacity by eliminating the need for east–west trains to reverse at Zürich Hauptbahnhof was officially completed with a ceremony marking the end of Phase 2 on October 26.

Phase 1 of the 9·6 km Durchmesserlinie comprised the 4·8 km S-shaped Weinberg Tunnel linking Zürich Hauptbahnhof and Oerlikon, which opened for local services in June 2014.

Phase 2 included the construction of the 394 m long Kohlendreieck and 1 156 m Letzigraben flyovers. These enable long-distance trains to cross over from the main line on the north side of the approaches to Hauptbahnhof to the Weinberg Tunnel on the south side, without conflicting movements.

Long-distance trains are scheduled to begin using the Durchmesserlinie with the December 13 timetable change, which SBB says will be the biggest restructuring of services since the launch of the Bahn 2000 timetable in 2004. The new Phase 2 infrastructure will be used by 24 long-distance and S-Bahn trains per hour.

Some additional station works are scheduled for completion by mid-2017.

Planning for the Durchmesserlinie began in 2001. The project cost a total of SFr2·068bn, with the canton of Zürich contributing one third of the cost and the federal government two thirds. SBB said completion means Zürich Hauptbahnhof now has sufficient capacity to cope with projected demand for the foreseeable future.