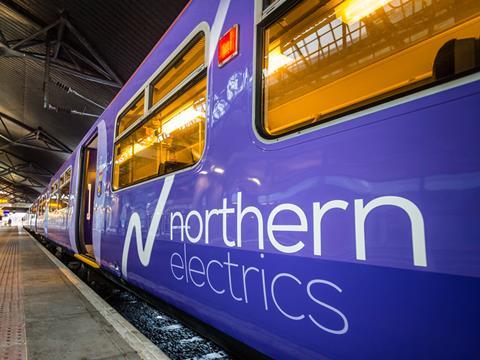 The 32 routes examined have been grouped into three prioritisation tiers, based on their ability to contribute to local economic plans, fit with other electrification schemes and the diesel train-km they would replace. The three core criteria for assessment were the economic benefits of electrification, the impact on services, costs and the environment, and the ability to improve train capacity and quality.

The task force recommended that electrification proposals for the 12 routes in Tier 1 be developed further, for possible inclusion in the work programme during Network Rail’s Control Period 6, which runs from 2019 to 2024.

The document is a cross-party and cross-regional ‘report from the North for the North’, emphasised task force Chairman Andrew Jones MP. ‘We have placed economic growth at the heart of this project and been working on the premise that all the lines of the North would be electrified; it is only a question of when’. Electrifying all routes would be ‘a task of generational scale’, and the report ‘details where it should start’.

The report focuses on ‘prioritisation not justification’, with the task force saying that while many of the routes might not be national priorities, the need to replace much of the current DMU fleet within 10 years and the political desire for a ‘rebalancing’ of the national economy strengthens the case for wiring in the North.

Secretary of State for Transport Patrick McLoughlin welcomed the report, saying it would ‘have a vital part to play in setting the agenda for 2019 and beyond.’