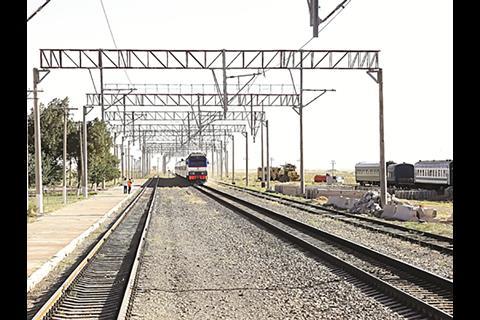 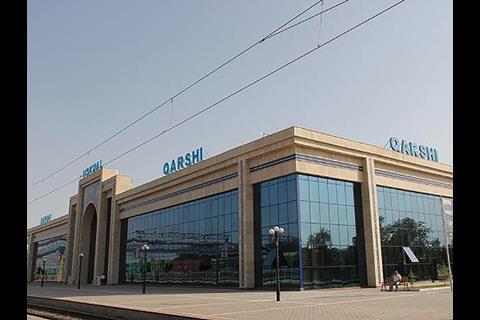 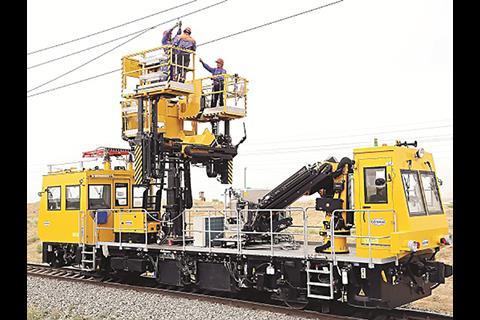 UZBEKISTAN: A Talgo 250 Afrosiyob trainset ran from Toshkent to Qarshi on August 22 as part of celebrations marking the completion of work to electrify and upgrade the 140·8 km Marakand – Qarshi section of the 511 km Toshkent – Samarkand – Qarshi route.

The project has raised the maximum speed on the Marakand – Qarshi section to 160 km/h, reducing the Tashkent – Qarshi journey time to 3 h for the Talgo trainsets or 4 h for trains hauled by modern CNR Dalian electric locomotives, compared to 6 h before electrification.

The modernisation project was approved by the government in December 2010, funding was finalised in January 2012 and work began shortly afterwards. Completion had been scheduled for 2016, but was subsequently brought forward by the government. The total cost of US$324·76m has been financed with US$110·92m from national railway UTY’s own resources, a US$100m loan from the Asian Development Bank and the remainder from the state budget.

The scope of the project include installing 25 kV 50 Hz electrification, electronic interlockings and SCADA systems on the route, along with optic fibre communication links. Systra provided engineering consultancy services, and UTY said around 20 domestic suppliers were involved. A localisation programme means spare parts for the electrification equipment can now be produced in Uzbekistan.

The line forms part of Central Asia Regional Economic Co-operation Corridor 6, which crosses Uzbekistan from Keres on the Kazakh border to Termez on the Afghan border. Electrification of the mountainous 325 km route from Qarshi to Termez is underway, funded by a US$221m loan from Japan International Cooperation Agency.