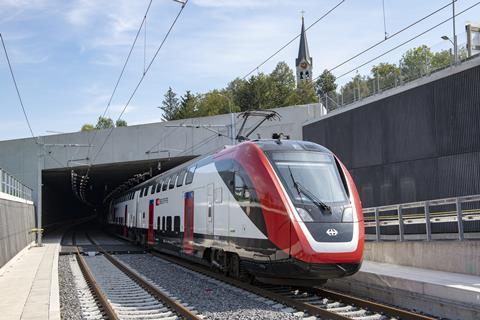 SWITZERLAND: As part of its project to four-track the 13·4 km Olten – Aarau line, SBB formally inaugurated its new Eppenberg tunnel on October 12.

Due to come into full revenue service from the timetable change on December 13, the 3 114 m double-track bore is located between Aarau and Däniken.

Authorised as part of the ZEB infrastructure enhancement programme approved by the Swiss government in 2007, the tunnel is intended to relieve the principal bottleneck in the country’s main east-west corridor linking Zürich with Basel, Bern and Genève. It has been under construction since 2015 at as part of a SFr885m civil works package, using a tunnel boring machine excavating from east to west. 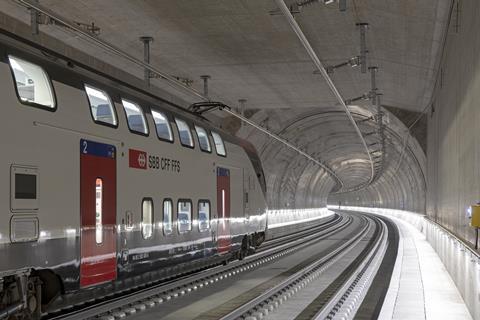 Following completion of tracklaying and fitting out, the first trial train operated through the new bore on September 11, formed of two FV-Dosto double-deck EMUs. The first trip was limited to 40 km/h, after which train speeds were gradually increased to 176 km/h, or 10% over the nominal 160 km/h line speed. As part of the commissioning programme an evacuation and rescue exercise was held on September 23.