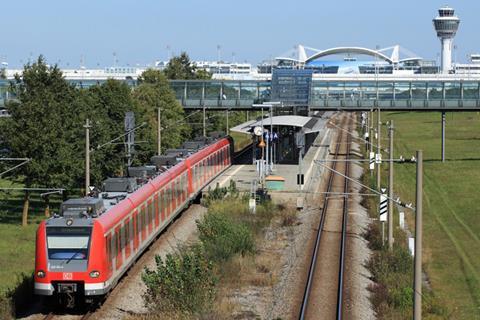 The federal government is contribute €63m towards the cost, with Bayern providing €26m and DB €6m. The line will include a 1·8 km tunnel, which is to be financed separately by the airport at an estimated cost €115m. 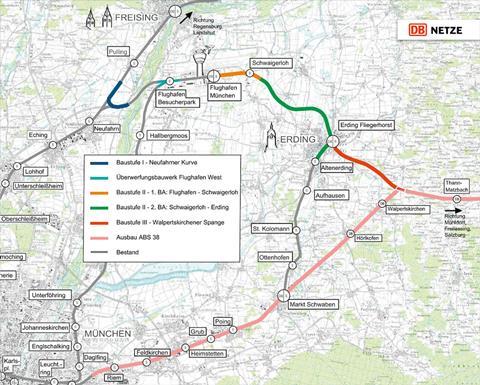 The line will eventually form the westernmost section of the future Erdinger Ring, which will link the airport with Erding to complete a loop. The 9·5 km Walpertskirchen link would also provide a direct route from the airport to southeast Bayern.

The next sections are currently being planned, with completion envisaged by 2030, Bayern’s Ministry of Housing, Building & Transport told Railway Gazette International.

Planning is also underway for double-tracking of the existing 13·6 km line between Markt Schwaben and Erding as part of the München S-Bahn expansion project.