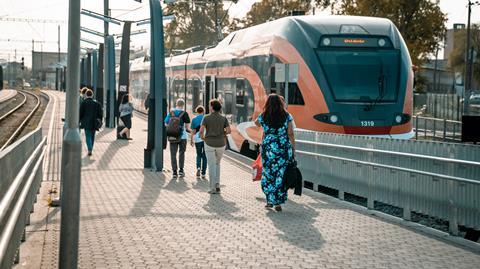 ESTONIA: ‘We have set in motion a very ambitious investment plan running to 2030 that will take our railway infrastructure to a new level of quality and safety’, reported Erik Laidvee, CEO of infrastructure manager Eesti Raudtee, on July 16.

A contract has been awarded for the supply of a national traffic management system, tenders called for the preliminary stages of the 25 kV electrification programme, and procurement is underway for a control, command & signalling project.

The European Investment Bank has agreed a €95m 25-year loan to finance the projects, while the government increased Eesti Raudtee’s share capital by €10m in April.

This month it was announced that Indra had submitted the best technical and financial bids for a €18·4m contract to supply a traffic management system. This will centralise planning and control across the 1 219 km network, with the aim of optimising usage, reducing operating costs and enhancing performance and safety.

‘Timetables will be completed significantly faster, and in the future we will be able to offer operators a “green wave” service, which will allow us to reduce costs and increase capacity and competitiveness’, said Laidvee. Passengers would also benefit from the provision of real-time train running information. 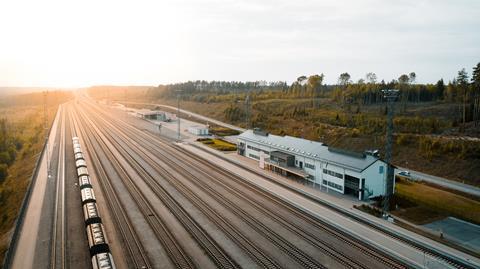 The contract includes two years of maintenance after deployment is completed in 2025. Indra has previously supplied a similar system to Lithuania’s national railway, and it recently won a contract to supply one covering the Irish network.

Meanwhile, infrastructure improvements are being undertaken to enable the maximum speed on the network to be raised from the current 120 km/h. This month the first testing at 135 km/h was undertaken on the route from Tapa to Narva and Tartu.

To facilitate this, level crossings are to be upgraded with modern lights and barriers by 2024 under an €11m contract awarded to Ingeniería y Control Ferroviario.

Eesti Raudtee’s signalling modernisation programme is being procured through expert services and construction contracts which are due to be awarded from September. Deployment over five routes and 50 stations is planned over the next five years, starting with the routes from Tapa east to Narva on the Russian border and south to Tartu and Valga on the Latvian border. The existing train protection system will be updated on the route running southeast from Tartu to Koidula on the Russian border. 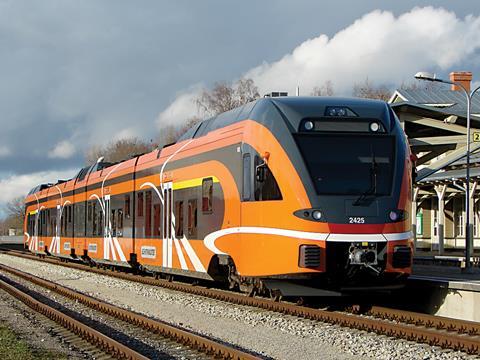 The second phase would cover works on the Tapa – Tallinn and Valga – Koidula routes, while the third phase would see the national roll out of ETCS Level 1 in 2025-27, replacing the legacy ALSN system.

‘We are looking for a partner to build one of the safest railways in Europe, the qualitative leap of which comes primarily from ERTMS’, said Laidvee.

Last year the government gave the go-ahead for electrification of the network by 2028, with the aim of reducing the environmental impact of the transport sector, raising speeds and improving operational performance.

An engineering service provider is due to be appointed later this year, and in the first phase of the four-year contract would undertake studies and produce specifications for the electrification programme. It would then prepare preliminary designs in the second phase.

The electrification to be installed east of Tallinn would be at 25 kV AC, with the existing 3 kV DC system west of Tallinn to be retained. Passenger operator Elron has invited bids by September 1 for a contract to supply six dual-system electric multiple-units with an option for 10 more, and hopes to launch electric services between Tallinn and Tartu by the end of 2024.