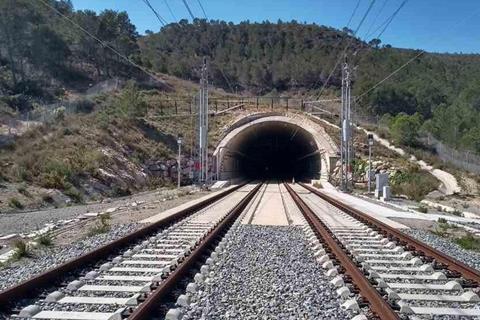 SPAIN: The European Commission is to provide a €226m grant to support the €2·1bn cost for constructing 48·5 km of the 83·3 km Lubián – Taboadela section of the high speed line running north west from Olmedo to Zamora and Ourense.

The route traverses a remote mountainous area around 1 000 m above sea level, and will be built as a double-track corridor. However, the two tracks will follow on separate alignments over 77·8 km.

During the planning and early construction stages it was envisaged that initially only the northern trackbed would be completed, with the southern one to be built at a later stage once traffic increases.

The EU funding will now allow both alignments to be built, avoiding the risk of creating a single-track bottleneck.

The construction of the line from Madrid to Galicia is running well behind the timescale which had been announced in 2009.

The section from Ourense to Santiago de Compostela and A Coruña was completed according to plan in December 2011, but the Olmedo – Zamora section only opened in December 2015 rather than 2012.

Zamora to Puebla de Sanabria had been scheduled to open in 2014, but testing is still in progress.

The most recent planned launch date for through high speed services on the full corridor is January 2022.