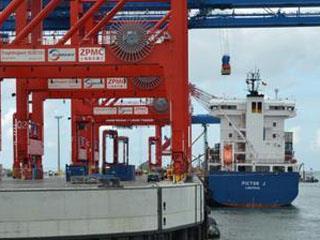 GERMANY: A funding agreement has been signed to enable the construction of a 6·2 km railway bypass which will allow freight trains to reach the JadeWeserPort development without passing though the town of Sande.

The deep-water container port is scheduled to open in September, bringing an increase in traffic on the branch line and its level crossings. The new port could handle 2·7 million TEU a year at full capacity, and the developer hopes to send at least 20% of this by rail.

Under than August 7 agreement Friesland district will contribute €1·8m and Sande town council €680 000 towards the bypass around the north of the town, with the rest of the €51m cost to be met by the Land of Niedersachsen, federal and DB sources.

Planning for the alignment is already underway, with a view to construction starting in late 2014 and opening by the end of 2016.