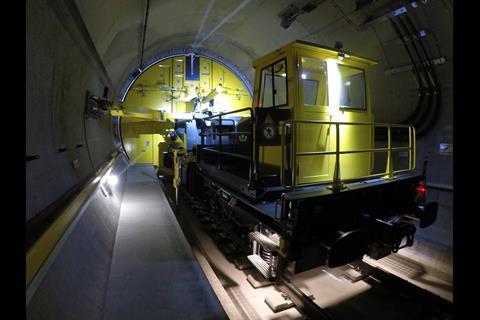 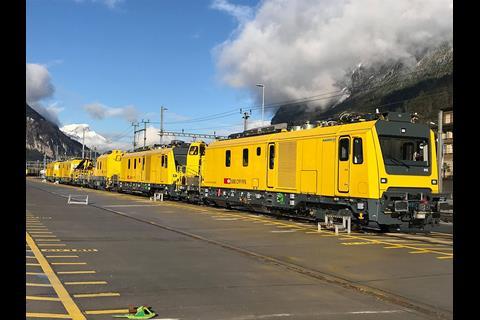 SWITZERLAND: The first six of 13 custom-designed maintenance ‘base vehicles’ which Harsco is building for use in the Gotthard Base Tunnel were officially handed over to SBB during December.

The 80 tonne electro-diesel vehicles include an air-conditioned personnel module with a kitchenette and toilet, and can be operated from the cab or via remote control. Harso is to supply total of 31 maintenance vehicles under the contract awarded in 2013, including flat wagons and a mobile sealing gate which can be used to seal sections of the tunnel to prevent wind turbulence during maintenance work.

The fleet is ‘an impressive entry into the European market’, said Harsco Rail Europe’s Gotthard project leader Andreas Göbbels at the handover, and ‘industry-wide proof that it is possible to construct such complex vehicles.’