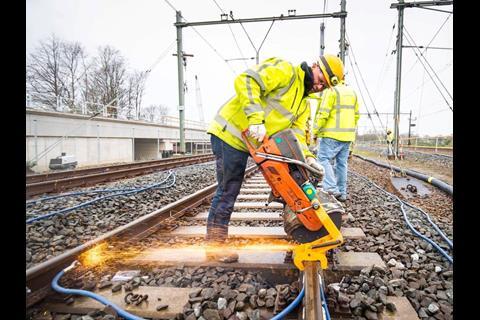 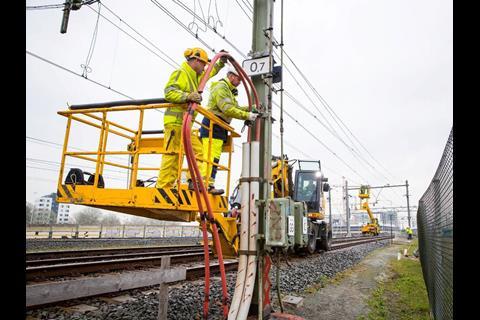 NETHERLANDS: Work to convert the 24 km railway between Schiedam Centrum and Hoek van Holland to metro operation began on April 1. Testing is due to begin in July, with passenger services set to return in September.

The €312m project will modernise the six intermediate stations and build a new station at Maaslsluis Steendijkpolder. The current Hoek van Holland Strand station will be replaced with a station that is due to open in 2019. Services will terminate at Hoek van Holland Haven until the new terminus is ready. The rebuilt Schiedam Nieuwland station is due to open in early 2018.

A stabling area is being built at Vulcaanhaven and the electrification will be changed from 1·5 kV to 750 V. After conversion, the line is to be operated as an extension of the existing RandstadRail Line B. It is envisaged that freight will still be carried outside peak hours.

VolkerRail and Mobilis are undertaking the work under a €72m contract awarded last year. Bombardier is supplying signalling and a fleet of 16 three-section light rail vehicles.