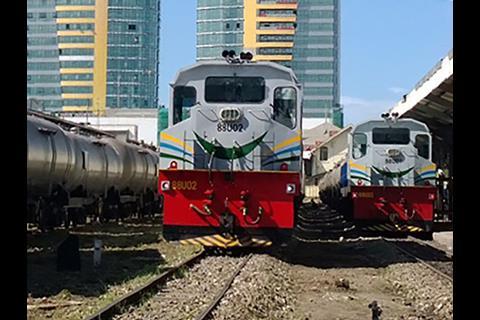 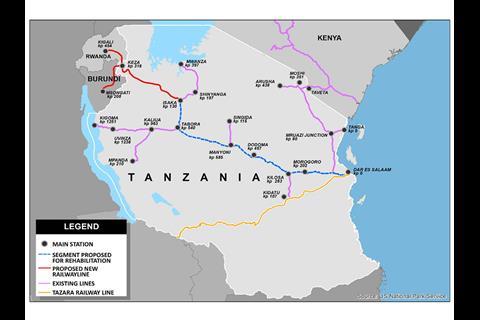 AFRICA: The governments of Tanzania and Rwanda have commissioned a feasibility study into electrification of the long-planned 521 km cross-border rail link between Isaka and Kigali.

Provisionally costed at US$2·5bn, the line is intended to connect the landlocked countries of Rwanda and Burundi with the inland container terminal at Isaka in Tanzania, which is linked to Dar es Salaam by an existing metre gauge line. At present around 80% of Rwanda’s international trade passes through Tanzania, although a rail link running north through Uganda is also envisaged.

Meeting in Kigali in March, the two countries’ transport ministers agreed to establish a Project Implementation Unit to oversee construction, which is expected to begin later this year under the terms of a bilateral agreement signed by presidents Paul Kagame and John Pombe Magufuli in January.

According to Rwanda’s Minister of State for Transport Jean de Dieu Uwihanganye, the electrification study will be overseen by the Rwanda Transport Development Agency and the Joint Technical Monitoring Committee. Electric operation would reduce the railway’s environmental impact as well as permitting higher speeds; passenger trains would be able to operate at up to 160 km/h instead of 120&nspb;km/h, while freight trains could be accelerated from 80 km/h to 120 km/h.

Tanzania’s Minister for Works, Transport & Communication Prof Makame Mbarawa told local media that open tenders would be called for construction of the cross-border line. With tendering expected to take ‘at least three months’, he hoped that a preferred bidder could begin mobilisation in August. ‘We believe that the foundation stone will be laid in October’, he anticipated.

With the cross-border line to be built to 1 435 mm gauge, Tanzania has initiated the construction of a standard gauge line to replace its existing network. Work is already underway on an initial 207 km section between Dar es Salaam and Morogoro, and last year state railway infrastructure authority Reli Assets Holding Co awarded a US$1·92bn contract to Yapı Merkezi to build the next 336 km from Morogoro to Makutupora, north of Dodoma. This leaves a gap of around 500 km between Makutupora and Isaka to be closed.