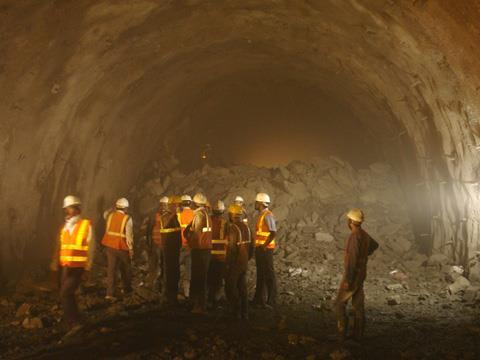 INDIA: The 10·96 km Pir Panjal tunnel in Jammu & Kashmir state was holed through on October 14.

On completion it will be the longest railway tunnel in India, connecting the isolated Kashmir Valley line which opened in 2008-09 with the national network at Udhampur.

The tunnel is being constructed by Hindustan Construction Co using NATM under a Rs3·9bn contract awarded in August 2005. It is 8·4 m wide, 7·4 m high and is up to 1 100 m below the surface, and will include an access road alongside the broad gauge railway.