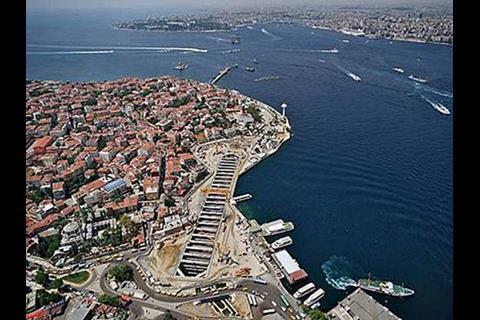 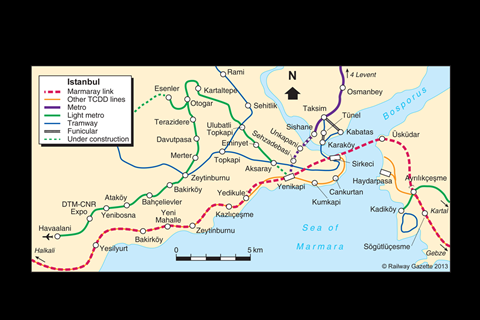 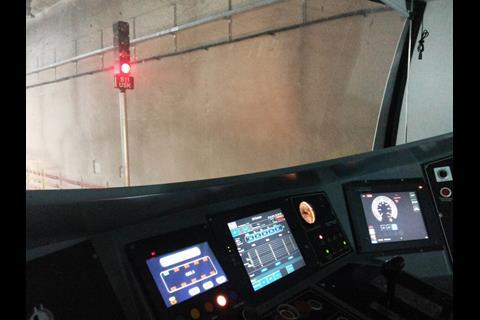 TURKEY: Surface works on the Asian and European sides of Istanbul’s Marmaray suburban corridor reportedly resumed at the end of January following an agreement between lead contractor OHL and the government.

The Marmaray immersed tube tunnel which links railways on either side of the Bosporus Strait opened on time in October 2013, but upgrading of approach routes to create a 77 km high-capacity corridor between Halkali on the European side and Gebze in Anatolia has been subject to considerable delay. OHL was appointed to lead the project under Contract CR3 worth €933m in October 2011, which includes station rebuilding work and triple-tracking on the Asian side to allow long-distance and high speed trains to serve Istanbul’s Haydarpașa terminus.

In a stock market announcement, OHL said that a ‘modification’ of Contract CR3 had been agreed with the Turkish government on November 18 last year. This has seen the appointment of domestic firms Kalyon, Kolin and Cengis to serve as subcontractors. Work is reported to have restarted on sites at Atakoy and Zeytinburnu on the European side and Kartal, Bostanci and Kiziltoprak in Anatolia. The revised completion date for the work is now December 31 2018.