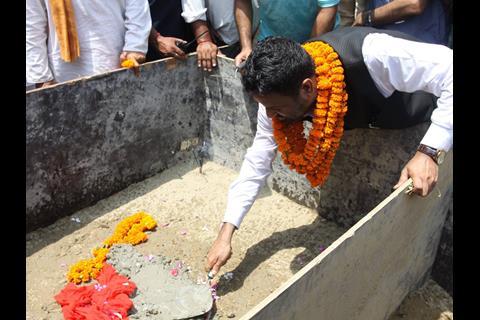 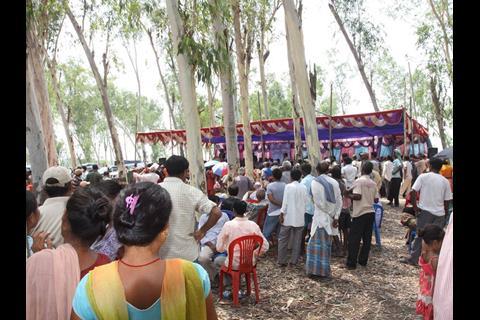 The 108 km first phase of the planned 945 km east–west line will run from Simara to Bardibas. Agreement to build the first 5 km within two years were signed with contractors in December, but the start of work was delayed while compensation for landowners was finalised. Two further construction packages covering 65 km and 28 km sections are to be tendered shortly.

The line is described as ‘the first railway project initiated by the Nepalese government in the history of Nepal’. At present the country’s only railways are a 762 mm gauge cross-border line from India, and short broad gauge spur over the border into Sirsiya Inland Container Depot.

Nidhi said he was ‘grateful to all the political parties for reflecting a sense of shared ownership for this national pride project’, and urged landowners not to create problems over compensation, saying the government is ready to provide the legally- required amounts.

‘We need to recognise that it’s the right to development that translates democracy from thin paper to thick action’, he said. ‘The railway will play an essential part in the development of Nepal and act as a catalyst of socioeconomic change.’