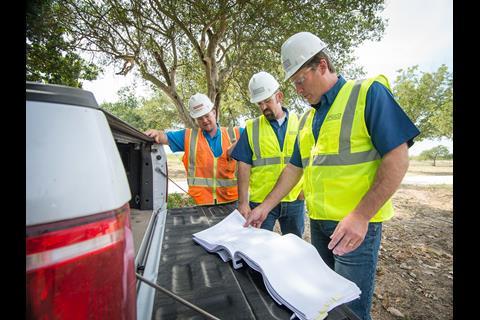 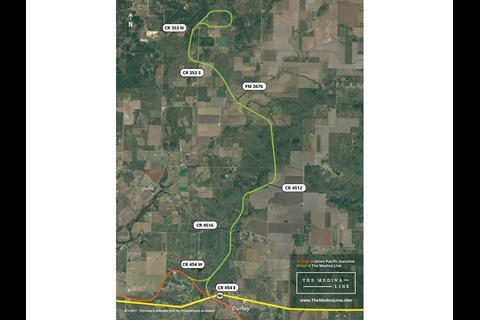 USA: Southwest Gulf Railroad Co has begun construction of the Medina Line, a 15 km common carrier railway running north from a junction with a line used by Union Pacific and BNSF at Dunlay, 45 km west of San Antonio in Texas.

SGRR was incorporated in 2003 as a subsdiary of aggregates and construction materials company Vulcan Materials Co, and the Surface Transportation Board authorised construction of the Medina Line in 2008. Design and engineering plans were finalised in 2016, Houston-based WT Byler Co has been appointed general contractor, and the opening is planned for 2019.

Vulcan Materials Co’s limestone quarry at the northern end of the line will act as the anchor customer, and the company hopes that the new railway ‘will serve as a long-term catalyst for new jobs and economic opportunity in Medina County’.

‘The Medina Line represents a timely opportunity for employers to enhance their supply and distribution capabilities to better serve the growing economy’, said SGRR Vice-President Erik Remmert on September 19. ‘We're marketing a low-cost, convenient connection to the regional, national and global marketplace.’