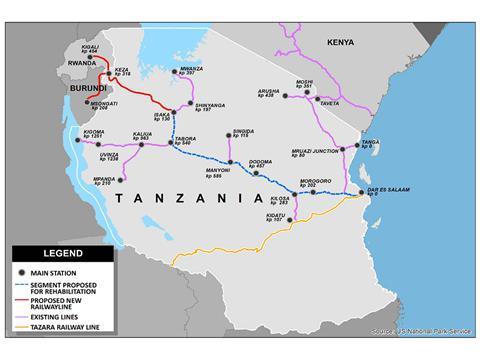 Construction of the first 207 km between Dar es Salaam and Morogoro began in May, following a ceremonial launch by President John Magufuli on April 12. This first phase is being built by a joint venture between Yapı Merkezi and Portugal’s Mota-Engil, with opening planned for October 2019.

Tendering for the second phase began in November 2016. A total of 15 companies submitted bids, but Reli Assets Holding said only Yapı Merkezi met both the financial and technical requirements. Construction is expected to take 36 months.

The second phase will follow a similar alignment to the existing metre gauge route, and will have eight passenger stations and six freight terminals.