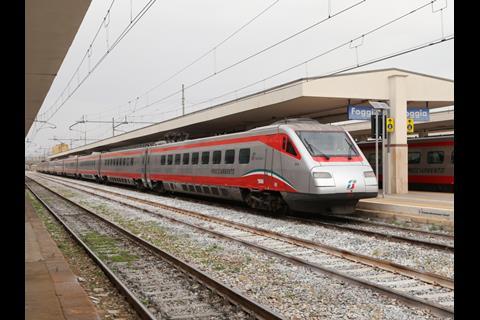 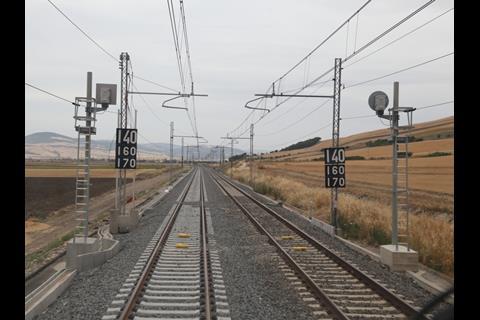 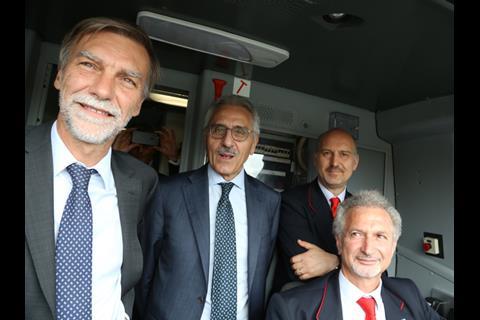 ITALY: As part of the project to create a high speed, high capacity route between Napoli and Bari, a 21 km section of double-track on the Foggia – Benevento – Caserta line was commissioned on June 28. A special train worked by an ETR485 tilting trainset conveyed Transport Minister Graziano Delrio and RFI Managing Director Maurizio Gentile from Foggia to Benevento, to inaugurate the upgraded section between Cervaro and Bovino.

The route was already double-track from Foggia as far as Cervaro, where the non-electrified single track line to Potenza diverges. The next section has been extensively rebuilt at a cost of €270m, as part of the cross-country project. The double-track line partly follows the existing route but includes some new alignment. The intermediate station at Ponte Albanito has been rebuilt with overtaking loops of 774 and 818 m.

The upgraded line is laid throughout with UIC60 rails on concrete sleepers, and is electrified at 3 kV DC. SCMT train protection is provided, allowing freight trains to run at 140 km/h and passenger trains at 200 km/h; this makes it the fastest section of line in Puglia.

The Napoli – Bari project forms part of the Scandinavian – Mediterranean TEN-T core corridor. In March RFI awarded two contracts for construction work on the western end of the route, covering the sections between Napoli, Cancello and Frasso Telesino, where the new alignment meets the Benevento – Caserta line.