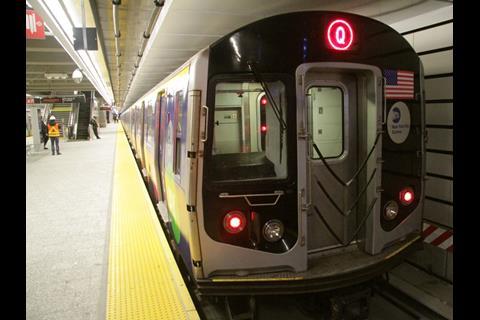 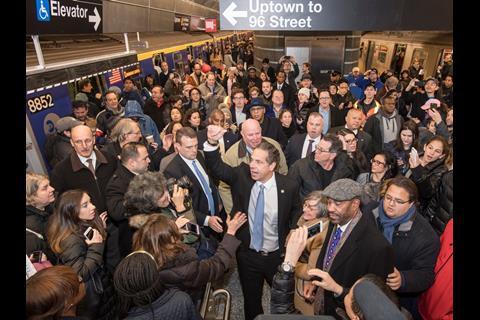 First proposed early in the 20th Century, the Second Avenue line is intended to be developed in three phases which would link areas of eastern Manhattan and Harlem that are currently poorly served by the Subway network. The Second Avenue Subway is also expected to relieve congestion on the busy Lexington Avenue corridor used by the 4, 5 and 6 Subway lines.

However, the first phase covers a modest 4·4 km, forming a branch between the existing network at Lexington Avenue/63rd Street and 96th Street, with two intermediate stations at 78th Street and 86th Street. Total construction cost for Phase 1 is $4·45bn, of which just over half has been spent on the three new stations and remodelling at 63rd Street. Featuring mezzanine levels, the three new stations have been built significantly deeper than most stations on the Subway network.

The branch is expected to carry around 200 000 passengers per day as an extension of New York City Transit’s Q Subway line from Coney Island.

Subsequent phases of the Second Avenue project will take the line north to 125th Street in Harlem and south to Hanover Square in lower Manhattan. The completed line would have 16 stations.

‘Ringing in 2017 with the start of service demonstrates that the MTA is living up to its promise to deliver the Second Avenue Subway on-time’, commented MTA Chairman & CEO Tom Prendergast. ‘We are making improvements across our system to better serve riders and we are especially proud to introduce a new line for the first time in more than 50 years.’