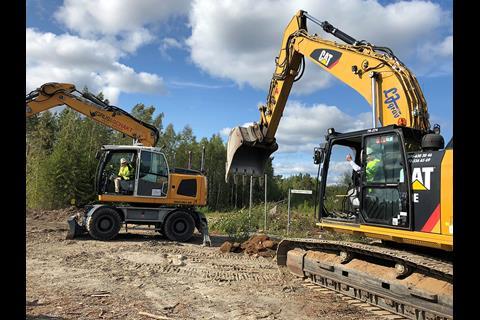 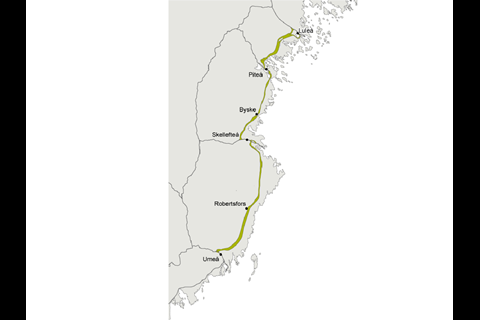 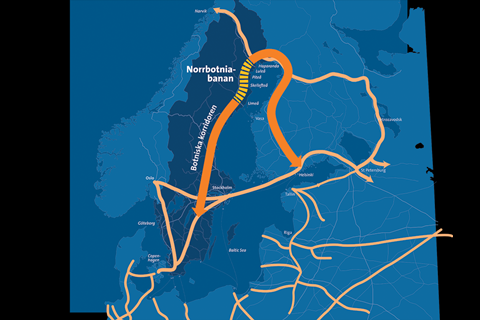 SWEDEN: Construction of the initial section of the Norrbotniabanan was launched by Prime Minister Stefan Löfven with a groundbreaking ceremony at on August 23.

The planned 270 km Norrbotniabanan between Umeå and Luleå is to expected be built in three phases at total cost of SKr30bn, starting with the short 12 km section from Umeå to Dåva which is to be completed by 2020.

Funding for the next phase between Dåva and Skellefteå is included in the national transport plan for 2018-29, and detailed planning is underway with a view to completion of this section by 2030. Planning for the northern section to Luleå is at a less advance stage, and construction is currently unfunded.

Paralleling the coast between Luleå and Umeå, the Norrbotniabanan would be significantly shorter, less tightly curved and flatter than the existing inland route, making it suitable for heavier freight trains and faster passenger services.

The new line would provide direct links between towns in the region which are currently on branches from the inland route or not served by the rail network. This would make it viable to provide regional passenger services, boosting connectivity and support the local economy. The line would also enable the enhancement of long-distance services, which is expected to helping to attract passengers from air to rail.

Improved access to ports on the Gulf of Bothnia would reduce costs for industries in the region and support the development of rail-sea-rail transport between Scandinavia and Finland and the 1 520 mm gauge region. National transport agency Trafikverket estimates that around 22 freight and 44 passenger trains would operate on the route per day when it is completed.