Opening and electrification in Uzbekistan 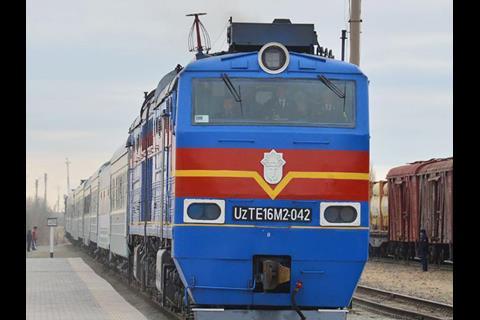 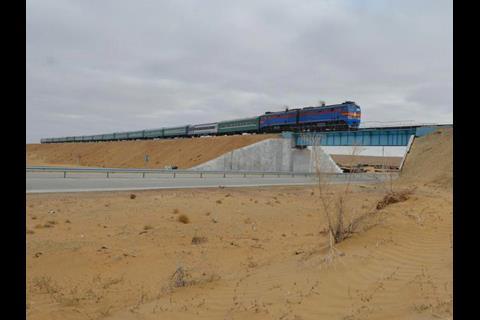 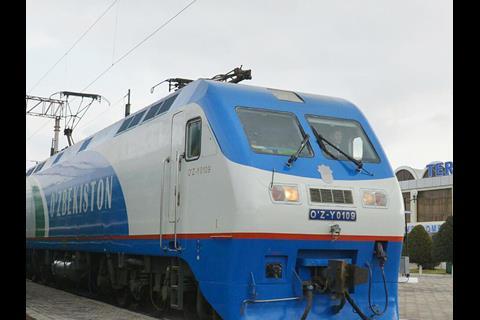 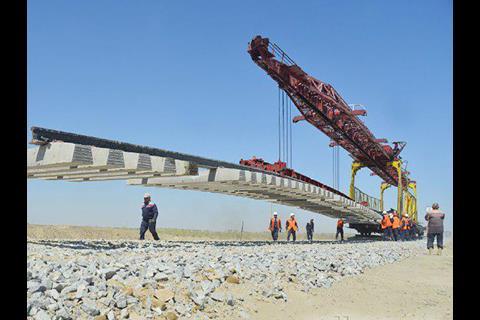 UZBEKISTAN: Projects to expand and upgrade the national railway network are making progress, with the launch of freight services on a newly-built direct line between Bukhara and Miskin, work underway on a link to Khiva, the completion of electrification to Termez and tendering launched for electrification in the Ferghana Valley.

The 335 km of new infrastructure required for the 355 km line from Bukhara to Miskin was built by Boshtransloyiha in just one year. The route was originally planned to run from Navoi, but this was changed to Bukhara. Construction took place from each end simultaneously, with the rail heads meeting during celebrations of the anniversary of independence on September 1. The single track line is being used by freight trains until the earthworks settle, at which point it will be upgraded to carry passenger services. Electrification is also planned.

A ceremony on January 9 marked the completion of a US$327·6m project to electrify the 325 km Qarshi – Termez route. Completing 25 kV 50 Hz electrification of the 831 km corridor from Toshkent to Termez on the River Amu Darya which forms the Afghan border, the project was supported by a US$221m loan from Japan International Cooperation Agency.

National railway UTY expects that replacing diesel traction with electric haulage will reduce the cost of operating passenger and freight trains on the mountainous route to Termez by a third, while increasing speeds and line capacity and reducing the environmental impact.

The project required the provision of six traction substations which have to withstand a difficult climate, as well as external power supply facilities and modern communication and control systems. Termez locomotive depot was also modernised.

Elsewhere, tenders have been called for electrification of the 145 km single track line linking Pap, Namangan and Andijon in the Ferghana Valley, which has been directly connected to the rest of the Uzbek network since the opening of the electrified Angren – Pap line in June 2016.

The US$177m electrification project is being funded from the UTY and state budgets as well as a US$80m loan agreement signed with the Asian Development Bank on November 10 which will finance the procurement of consultancy services, materials and equipment. Completion is planned for Q2 2020, with a 3 h journey time between Toshkent and Namangan envisaged.

ADB is also backing the procurement of eight electric locomotives for UTY passenger services and 16 for freight.

Meanwhile, work is underway to build a 31·7 km railway branch from Urgench to serve the city of Khiva. The extension of Afrosiyob inter-city services operated using Talgo 250 trainsets would make it easier for tourists to visit the city, and the design of the new station building has been inspired by the region’s traditional architecture.