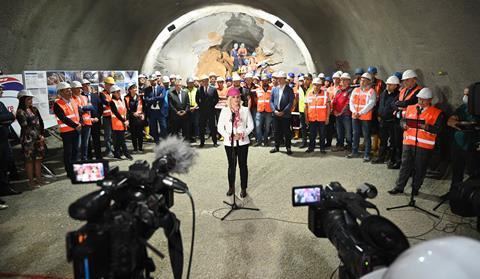 SERBIA: Drilling of the 1 156 m long second bore of the Čortanovci tunnel was completed with a breakthrough ceremony on June 5. The 1 086 m first bore had been holed through on April 3.

Under construction since August 2017, the Čortanovci tunnel and an adjacent 2 913 m double-track viaduct will form the centrepiece of a major reconstruction and realignment of the 40.5 km Stara Pazova – Novi Sad section of the Beograd – Subotica – Kelebia main line. The US$337·6m project is being undertaken by RZD International and financed through a Russian loan.

Services over the line were suspended last year and are not expected to resume until 2022.