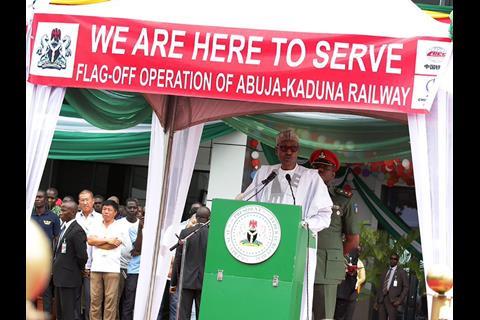 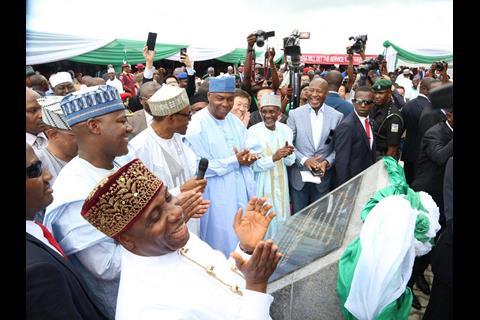 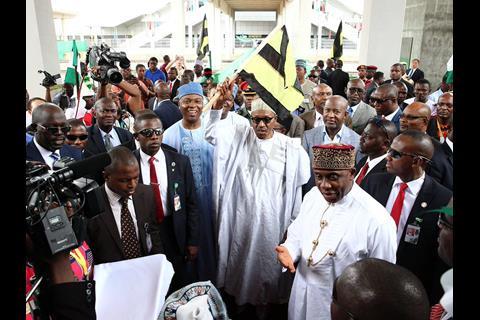 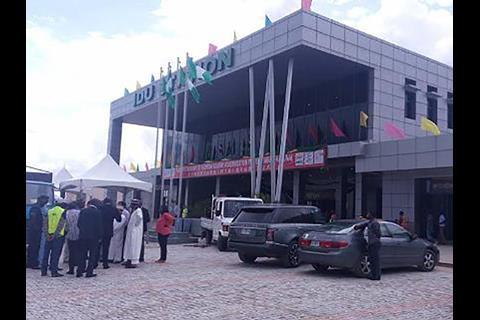 NIGERIA: The 187 km standard gauge line between Kaduna and Abuja was inaugurated by President Muhammadu Buhari on July 26.

Nigerian Railway Corp had begun a period of trial operation on June 15, with passengers carried free of charge until the inauguration day when fares of N500 in standard class or N900 in business class were introduced.

Senate President Dr Abubakar Bukola Saraki said the launch of the railway ‘is indeed an epoch -making event as it pushes Nigeria closer to achieving economic diversification by bridging the gaps in our nation's infrastructure’.

There are 10 intermediate stations, and trains run at a maximum speed of 100 km/h. At its southern end the line terminates at Idu, around 20 km from central Abuja, where there will be an interchange with the light rail line which is under construction to link the central business district to the airport from December 2017.

The new railway has been built by China Civil Engineering Construction Corp under a US$876m contract signed by the federal government on October 26 2009. A Chinese loan covered US$500m of the cost, with the federal government funding the remainder. Construction began in 2009 and was planned for completion in 2014, but was delayed by issues with the government’s share of the funding. Tracklaying got underway in July 2013. Chinese suppliers have delivered coaches, wagons and diesel locomotives for the project.

The contract to build the new line and rehabilitate existing 1 067 mm gauge routes replaced a previous US$8·3bn agreement for Chinese firms to undertake an extensive rebuilding of the existing national network to 1 435 mm gauge over 25 years, which was to have started with the construction of a 1 315 km double-track line from Lagos to Abuja and Kano. An agreement had been reached in 2007, but collapsed when a new administration took office and said the intention to source funding from oil revenue had 'constitutional limitations'.