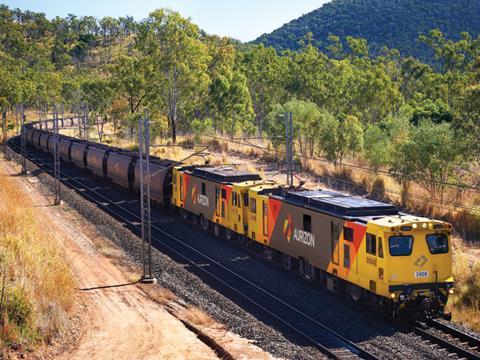 AUSTRALIA: Aurizon and GVK Hancock have signed non-binding terms for the development of a 495 km standard gauge railway and associated port infrastructure capable of handling 60 mtpa which would enable the exploitation of coal reserves in Queensland’s Galilee Basin.

Last year GVK Hancock received primary environmental approvals for the railway, which would link its Alpha, Kevin’s Corner and Alpha West mines with an export terminal at Abbot Point. Opening is proposed for 2016.

Under the development framework, Aurizon would acquire a 51% interest in Hancock Coal Infrastructure, and would invest in the A$6bn project. The partners would jointly manage the projects, with Aurizon providing haulage services. The project could also be combined with Aurizon’s Central Queensland Integrated Rail Project, which would ultimately connect with the proposed T3 coal terminal at Abbot Point.