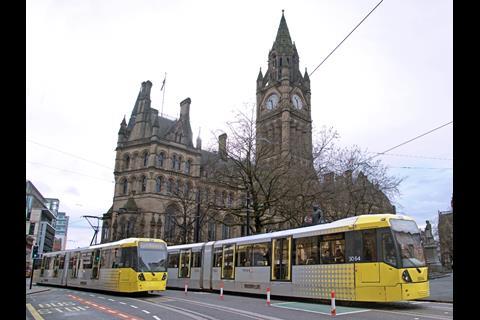 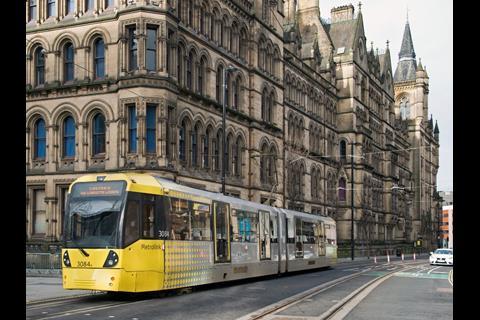 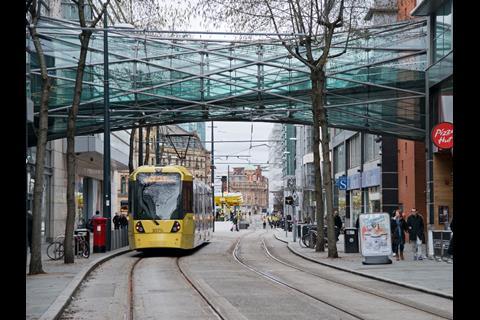 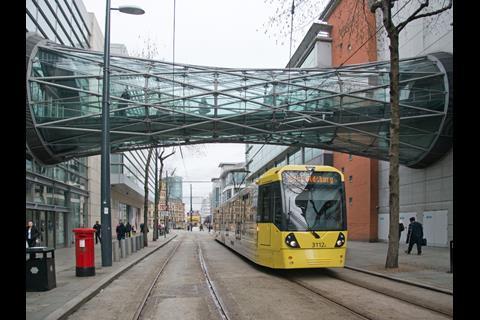 Transport for Greater Manchester said that the opening of the Second City Crossing was the final piece in Metrolink’s £1∙5bn ‘big bang’ expansion programme, which has seen extensions completed to MediaCityUK, East Didsbury, Rochdale, Ashton-under-Lyne and Manchester Airport.

Under a recast of the Metrolink network taking effect from February 26, services from Manchester Airport services will run to Deansgate-Castlefield on the edge of the city centre. They are due to be extended to Victoria later this year once signalling problems have been resolved.

‘The return of passenger trams to this area of the city will be a historic day and the culmination of years of hard work’, said TfGM Metrolink Director Peter Cushing. ‘I look forward to our customers right across the tram network experiencing the benefits.’

The first stage of the Second City Crossing, between Exchange Square and Victoria, was inaugurated on December 6 2015. Work started in 2014 and was delivered by TfGM in partnership with WSP Parsons Brinckerhoff. The principal contractor was the M-Pact Thales consortium of Laing O’Rourke, VolkerRail and Thales.