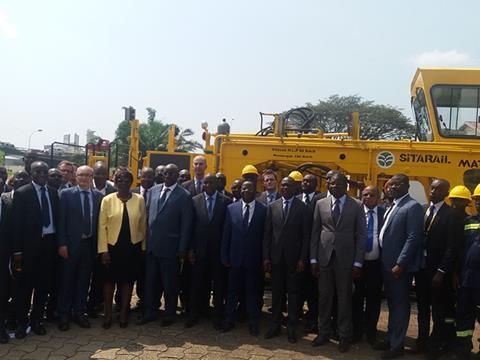 AFRICA: Ceremonies were held in December to mark the formal start of work on a long-awaited project to rehabilitate the 1 260 km metre-gauge railway linking Abidjan in Côte d’Ivoire with Ouagadougou in neighbouring Burkina Faso.

Announced in mid-2015, the project was dependent upon renegotiation of the concession under which Bolloré Transport & Logistics subsidiary Sitarail has operated the line for the past 23 years. A revised concession agreement was signed in July 2016, giving Sitarail responsibility for infrastructure maintenance and renewal in addition to its role as operator, but the final details were not settled until July 2017.

Bolloré has committed to invest FrCFA260bn for infrastructure rehabilitation, with an initial tranche of FrCFA85bn to be spent by 2021, along with FrCFA70bn for the acquisition and modernisation of rolling stock. The first phase covers 831 km of track renewals, signalling improvements and the protection of 51 level crossings. Around 50 bridges will be repaired or replaced, and 31 stations modernised. The work is to be undertaken in parallel with construction of the Abidjan Metro, which is being backed by French government funding.

Bolloré says the upgrading would enable Sitarail to handle an estimated 5 million tonnes of freight and 800 000 passengers per year. At present the line is carrying 800 000 tonnes and 200 000 passengers a year.

Speaking at the launch event attended by Côte d’Ivoire Transport Minister Souleymane Soulama and his Burkina Faso counterpart Touré Gaoussou, Bolloré Railways President Eric Melet explained that ‘Bolloré Transport & Logistics is pursuing its multimodal investment strategy and transformation of the logistics chain, which stretches all the way from the port terminal to the final destination. Sitarail is helping to modernise the strategic infrastructure on which the region’s economic development depends.’