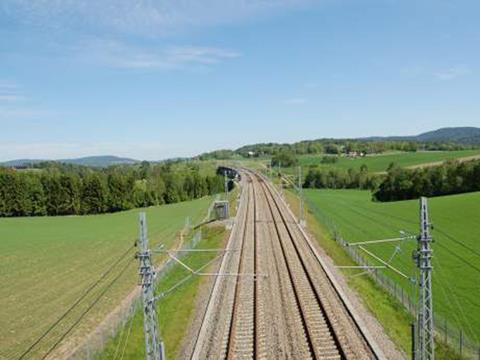 NORWAY: Infrastructure manager Jernbaneverket has awarded Skanska a NKr1·34bn contract to build a 9 km section of a new 23·5 km alignment between Farriseidet and Porsgrunn suitable for 250 km/h running.

The double-track line will replace the existing 35 km line which is only suitable for low speeds. The project forms part of the Vestfold line upgrade intended to reduce journey times between Oslo and Skien.

The contract was signed on April 22, and work is expected to commence in June for completion in August 2016. It is the third of four contracts for construction of new line, and Jernbaneverket expects to sign the final contract in August.