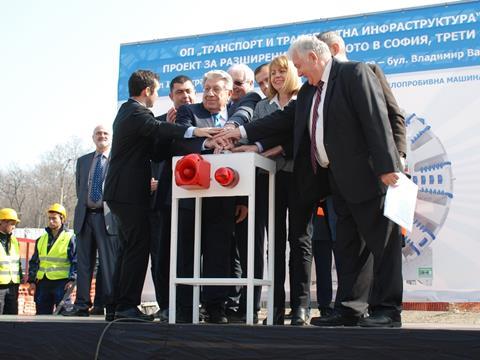 BULGARIA: The tunnel boring machine for the first phase of Sofia metro Line 3 has been launched. The 9·4 m diameter TBM has been supplied by Herrenknecht.

The 7·8 km, eight-station first phase of the east-west line is due to open in 2019. It includes 7 km of bored tunnel with six underground stations. A consortium of Doğuş, Via Construct and Ultrastroy is lead contractor, and a consortium of Siemens and Newag is to supply signalling and 20 three-car trainsets.

The first phase is planned as the central section of a line that would eventually reach 18 km with 18 stations. The second phase would extend the line 3·8 km to the west and add four stations.