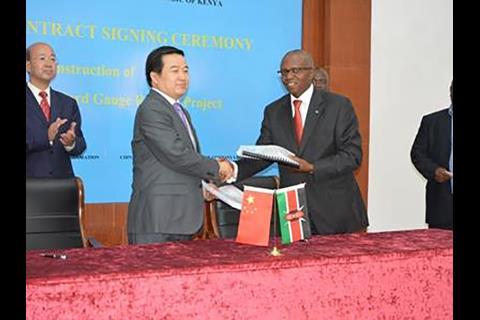 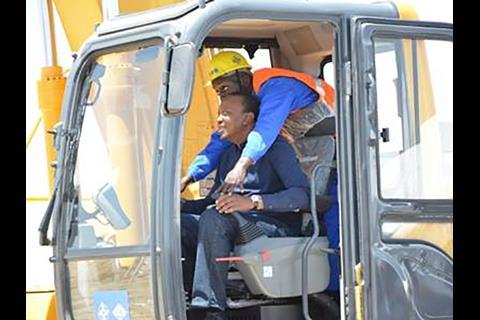 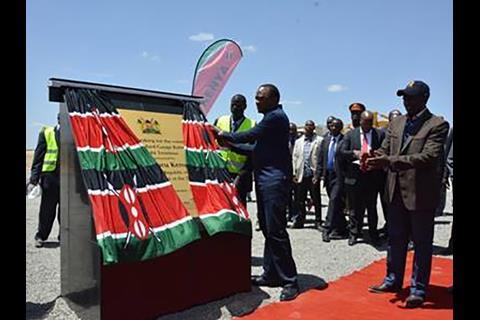 KENYA: The 1 435 mm gauge railway now under construction between Mombasa and Nairobi is to be extended by 120 km to serve a new economic development zone at Naivasha in the Rift Valley.

An agreement to develop Phase 2A of the standard-gauge project was signed between Kenya Railways Managing Director Atanas Maina and the Chairman of China Road & Bridge Corp Wen Gang during a cabinet meeting on September 19. This was held at the site of the planned Embakasi station in Nairobi, where President Uhuru Kenyatta participated in a groundbreaking ceremony for the standard-gauge terminus.

Work began earlier this year on the 472 km Mombasa – Nairobi line, which is scheduled to reach the capital by June 2017. Costed at US$3·6bn, this phase is being 90% funded by China’s EximBank under an agreement signed last year.

Negotiations for Phase 2A began at the end of May, when President Kenyatta visited a construction site near Voi. Paralleling the existing metre-gauge Kenya-Uganda Railway, the extension forms part of the 2 937 km ‘MoKaKi’ standard-gauge route linking Mombasa with Kampala in Uganda and Kigali in Rwanda. The line is one of the flagship projects in Kenya’s Vision 2030 strategy, which envisages that improved transport links will support economic development across the country.

Pointing out that the railway should use local content ‘as far as possible’, Kenyatta called on the Chinese contractors to provide training for local people who would have to operate and maintain the completed railway. CRBC is reported to have recruited more than 25 000 workers to assist with construction, and it recently opened a training centre at Voi. The Ministry of Transport will also commit KSh1bn to support railway technical training, according to Cabinet Secretary James Macharia.