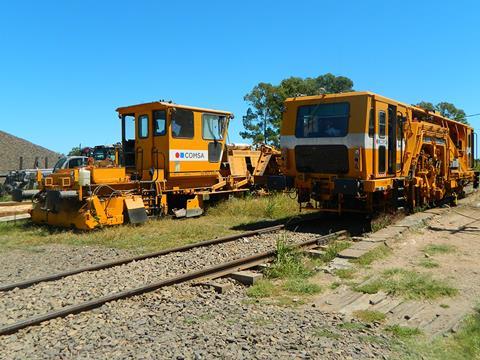 URUGUAY: Track renewal works on the Tres Arboles – Salto Grande line have reached Paysandú. Comsa is working on the ballasting and levelling of the track, and has begun taking delivery of turnouts from Spanish supplier Amurrio Ferrocarril y Equipos.

The Tres Arboles – Piedra Sola route is to be modernised once renewal of the main line to Salto Grande is completed.

Meanwhile, the Ferrocarril Central project was declared a national priority by President Tabaré Vazquez during March, and the government has granted authorisation to proceed with construction works, which are expected to start in June.

The public-private partnership contract awarded to the Via Central consortium of Saceem, Berkes, Sacyr and NGE covers the design, financing, construction and maintenance for 22 years of the 273 km main line running north from Montevideo to Paso de los Toros. This will include double tracking, work to raise axleloads to 22·5 tonnes and the maximum speed for freight trains to 80 km/h, grade separation and the construction of sections of new alignment. It also includes the construction of branches to Montevideo docks and a UPM pulp mill on the south bank of the Rio Negro.