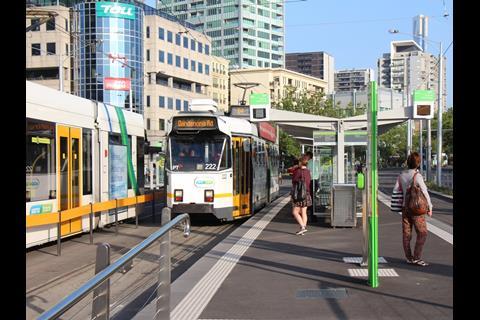 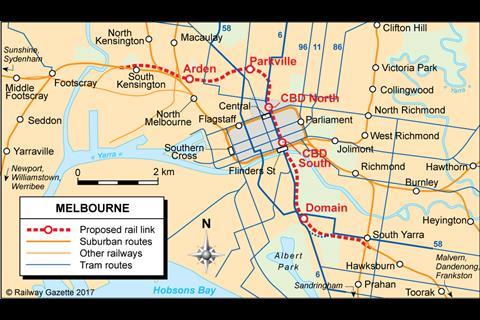 AUSTRALIA: Melbourne operator Yarra Trams is to reconfigure three routes with effect from May 1, offering new cross-city connections and facilitating the construction of the Metro Rail tunnels.

The current Route 55 between West Coburg and Domain Interchange is being extended southeast to Toorak, taking over the southern part of Route 8, and will become Route 58. Eliminating the terminating services is intended to simplify operations at Domain, where an underground station is to be built alongside the existing tram interchange. New tram tracks are currently being built in Toorak Road, which will allow Route 58 to be diverted around the station construction site in Domain Road later this year. As part of this work, a three-platform ‘easy access’ stop is to be built in St Kilda Road offering an alternative tram interchange to relieve that at Domain.

Combining routes 55 and 8 will slightly reduce the level of service north of Domain on the north-south trunk route along St Kilda Road and Swanston Street, where the tunnel is to be built. In order to serve the northernmost section of Route 8 between Melbourne University and Moreland, Route 6 services are to be extended beyond their current terminus, creating a new cross-city link between Glen Iris and Moreland.

According to Yarra Trams, a new timetable reflecting the route changes will provide additional capacity across the tram network, where ridership has grown by 7·6% in the past year to more than 200 million trips. Up to 10 D-Class low-floor trams will operate on Route 58, providing accessible services to the Parkville hospital precinct and Melbourne Zoo for the first time. Running via William Street and the western side of the central area, the route will interchange with City Loop suburban services at Flagstaff, relieving the existing interchange at Melbourne Central where a deep-level station is to be excavated for Metro Rail.

On March 20, Melbourne Metro Rail Authority officially took possession of City Square near the intersection of Swanston and Collins Streets, which is to be used as a worksite for the cross-city rail tunnels and the deep-level interchange with Flinders Street station. Under an early works contract, John Holland has started excavating an access shaft in Franklin Street near the site of the Melbourne Central interchange.

Bids for the PPP concession to build and fit out the cross-city tunnels and five underground stations are currently being evaluated, with tunnelling expected to start next year. MMRA is also evaluating proposals for the Rail Systems Alliance package covering design and installation of signalling, train control and power supplies, while expressions of interest are to be called shortly for infrastructure works at the at the eastern and western portals, including turnback facilities and connections to the existing suburban rail network. Proposals are being developed for network-wide enhancements including track modifications, station upgrades and signalling improvements.