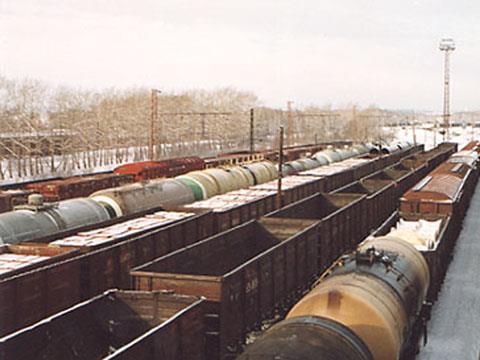 RUSSIA: The government removed the 411 km Kuragino - Kyzyl railway from its list of state investment projects on November 14. The planned line in the Tyva republic is now to be funded by Eniseiskaya Industrial Corp, which owns coal mines at Kyzyl.

The new single-track line electrified at 25 kV 50 Hz is expected to cost 100bn roubles to complete. It will have 12 passing loops, and seven intermediate stations at Bugurtak, Kachulka, Podgorny, Verhniy Kuzhebar, Nizhniy Kuzhebar, Arzhan and Yeierbek. There will be 180 bridges totalling 21·2 km and seven tunnels totalling 4·7 k, of which the longest will be the 2·8 km Uiukskiy tunnel.

A PPP agreement signed in August 2009 would have seen the costs of the new line split equally between EIC and the Russian Federation Investment Fund.

However the public funding will now be used to upgrade RZD's existing Tayshet - Abakan - Mezhdurechensk line, which will carry the coal traffic between Kuragino and a junction with the Trans-Siberian main line at Tayshet. This route is partially single-track and will need extensive upgrading to accommodate the increased traffic at an estimated cost of 115bn roubles.