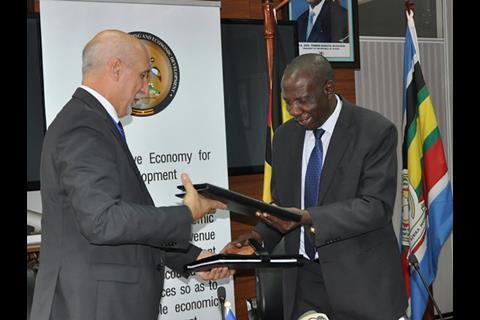 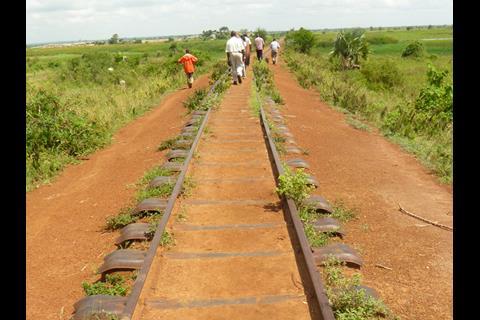 UGANDA: An agreement to fund rehabilitation of the 375 km Northern Line between Tororo and Gulu has been signed by the European Union which will provide a €21·5m grant and the government of Uganda which is to contribute €13·1m.

The metre gauge line from the Kenyan border to northern Uganda has been out of service since 1993 as a result of unrest in the region and what the EU described as the ‘unfair competition of overloaded trucks.’

Repairs were undertaken in 2011-13, but the line remained out of use with only a small number of works trains running until 2015.

The EU is also funding a logistics hub at Gulu. Reviving the railway is intended to reduce transport costs in northern Uganda and beyond, including to South Sudan and eastern DR Congo, and to lead to a significant volume of freight which currently travels by road being transferred to rail.

‘We are proud to support the government of Uganda’s decision to revitalise this crucial economic link’, said EU Head of Delegation to Uganda Attilio Pacifici at the signing ceremony on October 17. ‘This project is part of the many actions taken by the EU to support northern Uganda which include the recently launched €150m Development Initiative for Northern Uganda as well as the provision of humanitarian assistance to refugees and support to the host communities.’

The railway continues from Gulu to Pakwach, but many of the buildings were destroyed during the civil unrest and the alignment has been interrupted by the construction of a new road.