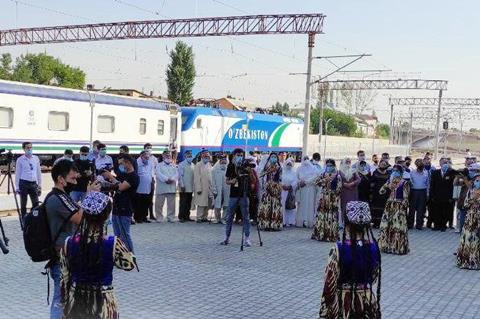 UZBEKISTAN: Electrification of the 331 km railway ring in the Ferghana Valley was officially completed on August 30, when electric services were inaugurated on the 101 km Namangan – Andijon section. 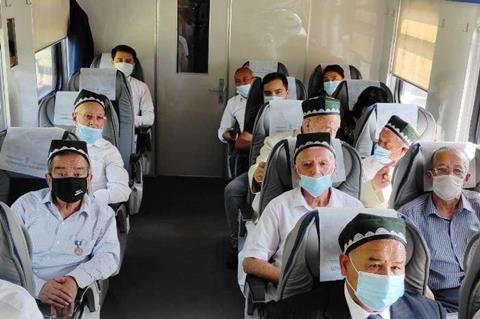 The ring runs from Pap through Namangan, Andijon, Marg‘ilon, and Qo‘qon back to Pap.

‘The times of diesel locomotives have ended’, said Khusniddin Khosilov, Chief Executive of national railway UTY, adding that electrification offered significant economic and ecological benefits. It has also enabled speeds to be raised, with it now being possible to travel around the complete ring in 2 h 20 min. 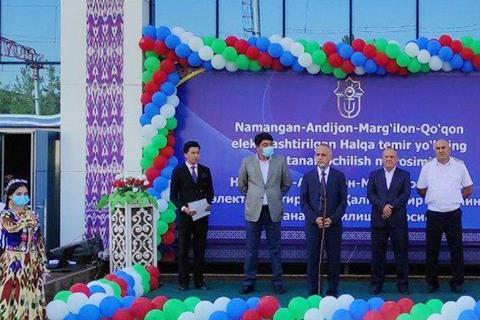 The first section of the ring to be electrified under the US$202m programme supposed by the Asian Development Bank was the 186 km Pap – Qo‘qon – Andijon southwestern segment which was energised in 2016. The 45 km northwestern section from Pap to Namangan followed on August 31 2019.

The electrification project required various infrastructure works, including a new bridge over the Great Fergana Canal which was designed by Boshtransloyikha and built by UTY subsidiaries Andijon Mechanical Plant and Trest Kuprikkurilish.