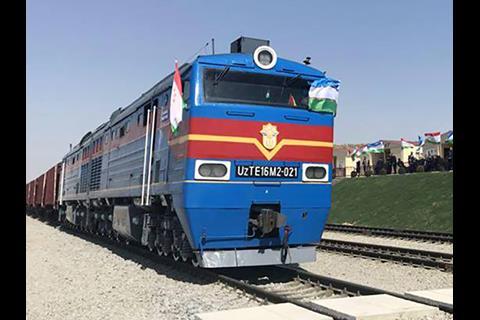 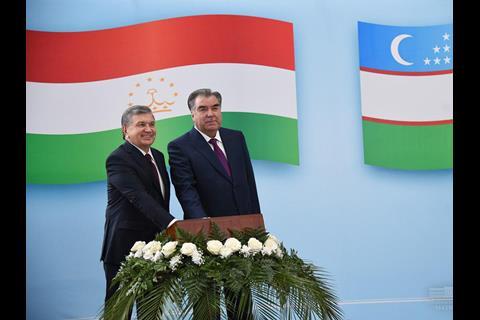 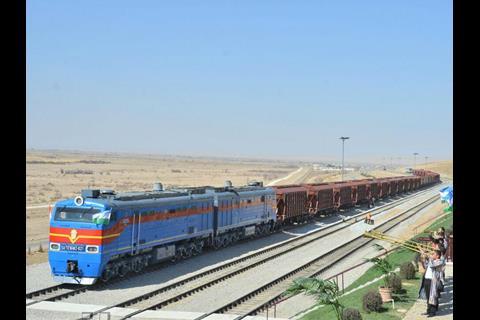 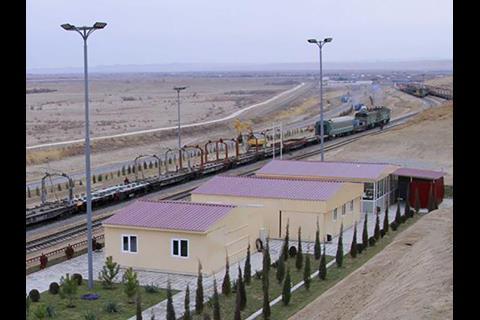 ASIA: The cross-border railway between Uzbekistan and Tajikistan via Ghalaba and Amuzang on the north bank of the River Amu Darya was officially reopened with a ceremony on March 9. The event was held during a state visit by Uzbekistan’s President Shavkat Mirziyoyev to Tajikistan’s President Emomali Rakhmon, and the two leaders participated by teleconference when they pressed a button to symbolically launch services.

The cross-border link on the route from Termez to Bokhtar (known as Qurghonteppa until January) had been out of use since November 2011, when a bridge was damaged by an explosion which the Uzbek authorities said had been caused by terrorism. Relations between the two countries have been strained in recent years, but have significantly improved since Mirziyoyev came to power following the death of Uzbekistan’s President Islam Karimov in 2016.

‘Thanks to the political will of the presidents of the two countries, equal and mutually beneficial co-operation rises to a qualitatively new level’, said Uzbek state railway UTY after the reopening ceremony. UTY said the rail sector would benefit from bilateral agreements on transit traffic, passenger services and wagon maintenance, in addition to the new border and customs facilities at Amuzang.

UTY expects the revived line to have an important role in the development of transit traffic from Tajikistan to Turkmenistan and Afghanistan via Uzbekistan. The line could also be used for passenger trains, UTY said.