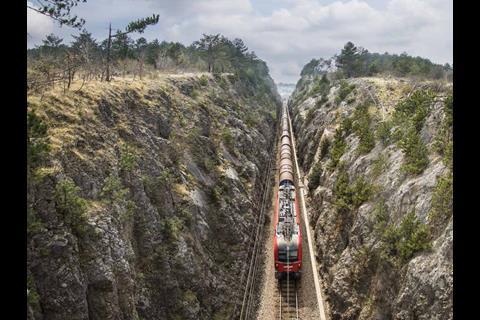 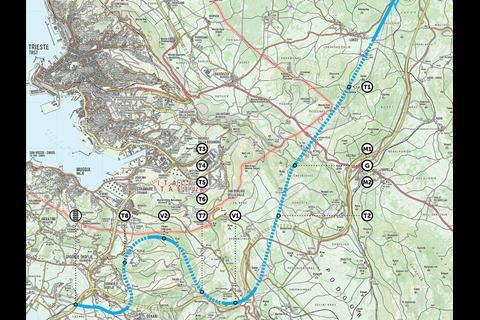 SLOVENIA: A government proposal to build a second track on a new alignment to increase speeds and capacity on the route from the port of Koper to the main line at Divača has been backed by voters in a referendum.

The existing single-track line is 44·3 km long, but the new route would be significantly shorter at 27·1 km, electrified at 3 kV DC and suitable for operation at up to 100 km/h. It would be used by trains heading inland from Koper, with trains running downhill towards the port using the existing line. On completion it would reduce the transit time for freight trains from 45 to 21 min, providing 220 paths per day.

There would be two 1 100 m viaducts and eight tunnels, of which the longest would be 6 714 m and four others over 1 000 m in length. Passive provision may be made for a second track on the new alignment.

The new line is to be built under a 45-year concession agreement between the government and state-owned project promoter 2TDK.

The government has already received €44·3m of EU funding for planning and anticipates that the EU would meet up to 22% of the estimated €1bn cost. Hungary is also willing to invest about €200m, as much of the landlocked county’s freight passes through Koper.

The Slovenian government had argued the project was necessary to ensure the competitiveness of the country’s only port, but opponents said it was too expensive. Voters on September 24 backed the scheme by 53·5%, with the government saying the low turnout of 20·5% ‘was a vote of no confidence in those that called the referendum’, and that citizens wanted ‘progress, economic development, new jobs and safer motorways.’