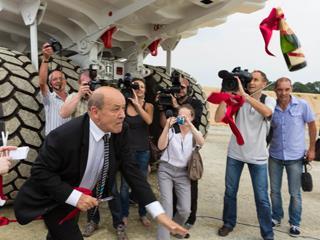 Eiffage Rail Express is building the new line, plus 32 km of connections to the existing network, under a 25-year PPP contract including finance and maintenance. Construction is scheduled for completion in autumn 2016, and at its height is expected to employ some 3 000 people a year.

Total project cost is €3·3bn, of which RFF is providing €1·4bn. The balance of €1·9bn is being shared equally between the French government and local authorities along the route, while the European Union, European Investment Bank and Caisse des Dépôts have also contributed to the project.