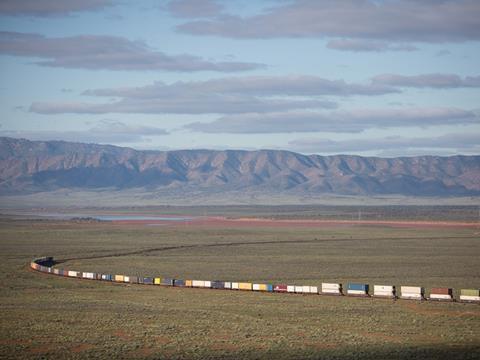 AUSTRALIA: Another milestone for the long-planned Inland Rail corridor was reached on July 19, when the New South Wales state government released the Environmental Impact Statement for the Parkes – Narromine upgrading project in New South Wales. Project promoter ARTC says public consultation on the EIS will run until August 18.

The existing Parkes – Narromine line will form one of 13 sections of the 1 700 km north-south freight corridor, which is being developed to connect Melbourne and Brisbane through western NSW, avoiding the congested Sydney metropolitan area. According to ARTC Chief Executive John Fullerton, the project is now fully funded, and the infrastructure manager is ‘putting in place structures, teams and systems that will support the delivery of Inland Rail to expected operation in 2024-25 and beyond’.

The upgrading involves extensive reconstruction of the 106 km line to full Inland Rail standards, including bridge and level crossing replacement, track renewals and the construction and extension of passing loops to accommodate longer trains. A 6 km link is to be built west of Parkes to improve connections with the east-west interstate rail corridor.

NSW Minister for Roads, Maritime & Freight, Melinda Pavey said ‘this critical piece of national infrastructure will open up a “corridor of opportunity”, with Parkes uniquely positioned to leverage economically. ‘Inland Rail is expected to increase the volumes of grain, cotton, chilled beef and other commodities being moved by rail. It will make it easier to move freight from farms, mines, and ports to NSW, national, and overseas markets.’

Federal Minister for Infrastructure & Transport Darren Chester added that the government’s budget commitment to take a further A$8·4bn equity stake in Inland Rail was expected to create 16 000 jobs during construction, and provide better connections for domestic and international markets.

‘Inland Rail will increase reliability, improve service standards, and reduced freight costs, while also boosting growth opportunities for businesses in the regions', he said. 'The EIS will ensure the community’s voices are heard, and issues relevant to the successful delivery of Inland Rail are taken into account.’