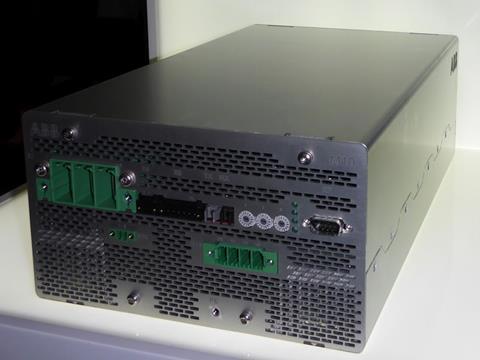 ABB has developed the Bordline BC battery charger, which is about 90% smaller and 80% lighter than its predecessor, and achieves an efficiency of more than 95%, compared with the 90% of previous versions. Bordline BC will be used on SBB’s EC250 high speed trains that will operate through the Gotthard Base Tunnel from 2019. As a next step, ABB expects to develop silicon carbide auxiliary converters and, at a later stage, traction converters.

A new generation of traction transformers branded Effilight for AC rolling stock has also been developed. It needs 70% less cooling oil and is therefore 10 to 20% lighter and smaller than previous version. Effilight can be used for new or refurbished rolling stock, using the same interfaces as the original transformer.