Operators and infrastructure managers at InnoTrans 2016 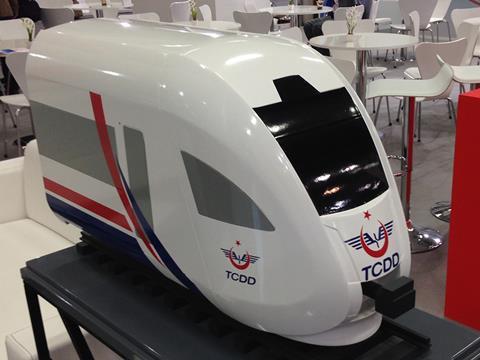 INNOTRANS: Train operators and infrastructure managers are the main customers for the vast array of suppliers who exhibit at InnoTrans, and these railway companies are increasingly taking the opportunity to exhibit in their own right, highlighting their capabilities and promoting their image.

A total of 18 German and international transport operators will be exhibiting at InnoTrans 2016, with more than two-thirds coming from outside Germany,

Deutsche Bahn has been exhibiting since the first InnoTrans event in 1996, and will once again be staging one of the most prominent and wide-ranging displays. Other exhibitors will include East Japan Railway, Russian Railways, Dubai’s Roads & Transport Authority, Austrian Federal Railways and Turkish state railway TCDD. Italian state railway group FS is returning to InnoTrans after several years of absence.

‘In recent years InnoTrans has become a firm fixture for exchanging expertise in the mobility sector’, according to ÖBB-Holding. ‘The numerous discussions, innovations and fascinating exhibits provide insights into the latest market developments. Once again ÖBB will be represented here by many of the group’s divisions such as freight, infrastructure, research and development.’