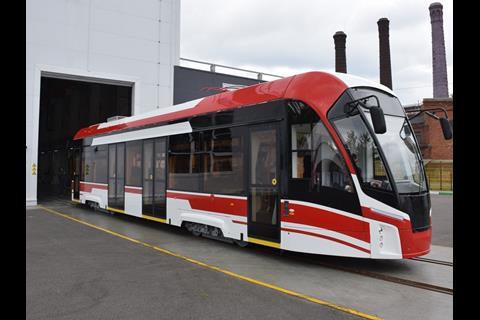 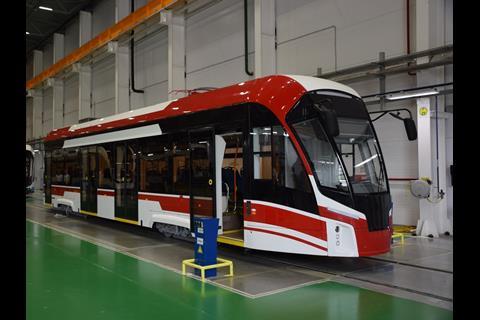 The single-section 100% low-floor Lionet left the workshop driven by a traction battery along a short section of catenary-free track. Designated 71-911M, the Lionet is a development of the City Star model. PK TS has made 38 City Stars, and the largest fleet is in Rostov-na-Donu. The Lionet features changes in the interior and exterior design, as well as a redesigned driver’s cab.

The Lionet and three-section Lion, the first of which is currently being assembled in St Petersburg, will be displayed at InnoTrans 2018 in Berlin in September. Both models will be there in their 1 435 mm versions.

PK TS plans to undertake trial runs of Lionet in Romania later in the year, before a longer period of dynamic testing in the Russian city of Perm. This follows the signing of a co-operation agreement between Perm municipality and PK TS on July 18.