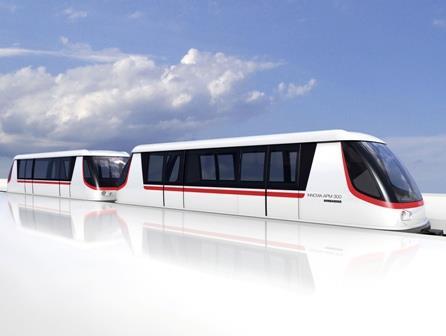 Saudi Binladin Group recently won a contract to design and build a new terminal at the airport to handle rising passenger numbers. The APM would transport passengers between terminals from 2014.

Bombardier will supply its Innovia APM 300 technology for the 1·5 km double-track line, including 10 driverless cars and Cityflo 650 automatic train control. The aluminium vehicles, which can be coupled in sets of up to six cars, have a maximum speed of 80 km/h.

Bombardier will also operate and maintain the line for four years, with an option for a further two years.

‘We are honoured to add the King Abdulaziz International Airport in Jeddah to our list of prestigious airports served by a Bombardier Innovia transit system’, said Serge Van Themsche, Vice-President for EMEA & Brazil, at Bombardier’s Systems Division. ‘Our second contract in the Kingdom of Saudi Arabia confirms our commitment to build local skill to help realise Saudi Arabia's ambitious urban transport aspirations.’

Bombardier is currently supplying a 3·6 km driverless monorail for the King Abdullah Financial District in Riyadh, which is due to open in 2012.